Decision on Dr Gyampo and Dr Butakor too harsh.... 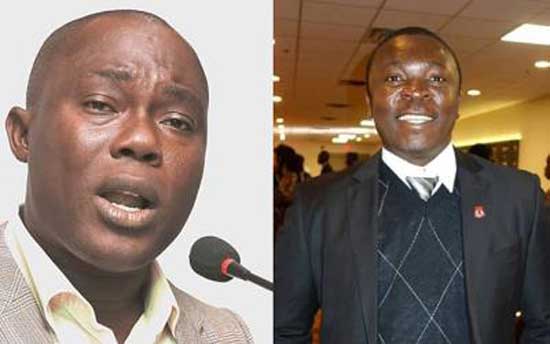 The Alliance for Social Equity and Public Accountability has reviewed the decision by the Disciplinary Committee of the University of Ghana in the case of the *University versus Prof.Gyampo and Dr.Butakor* and have made the following observations.

1. That the Communique issued by the University lacks clarity on the subject matter and failed to address the core allegations made against the two respondents satisfactorily.

2. The University failed to make a pronouncement on the subject of the expose and the hearing which was *"Allegations of Sex for Grades.*

3.The University only found these two lecturers guilty ONLY on misconduct contrary to Regulation 15 of the University's Code of Conduct.

4. That the preferred punishment for breaching such regulations ordinarily does not include, withdrawing of the employee's basic salary or undergoing positive assessment training or annual assessment before resumption of duty.

5. That the University failed to take into accounts the 4 months period for which the respondents have remained interdicted contrary to the sentencing regime in our Justice delivery system.
(When an accused person is convicted, the serving his sentence takes into consideration the period which he had been arrested, detained or remanded in custody until the time the matter was fully decided.)

6. That the sentence of 6 months and 4 months suspension without pay is unlawful contrary to Section 69(2a) of the Labour Act of Ghana, Act 651.

7.That the University even after communicating their decision to the respondents about three weeks ago failed to Publish the outcome of the investigations until such a time that the issue of Galamsey has become contentious in the Country and is seeking to divert Public attention from the serious damages of the Government sponsored Galamsey that has destroyed our water bodies.(knowingly or unknowingly)

It is therefore our contention that

1. The investigation and subsequent hearing of the case between the University and Professor Gyampo and Dr.Butakor did not meet, the standard of local and international arbitration and was bedevilled with fundamental violations of the Principles of Natural Justice.
(Especially because the Principal witness in the matter failed to appear before the committee for evidential hearing and cross examination)

2. That the Committee erred in recommending the ultimate sanctions for the respondents even in the midst these fundamental breaches.

3. That the sanctions were too harsh, inconsiderate and smells of Political meddling and interference.

4. That there seem to be a clear attempt to gag these respondents and to court fear among the academic community especially going into the 2020 elections, especially in the case of Prof.Ransford Gyampo who has been very outspoken and known to be very critical of the Government.

In view of this we recommend that the following actions should be taken by the University of Ghana to remedy the negative impressions created in the Public domain that can ultimately affect the image and reputation of the University.

1.Re-Issue a communique stating clearly that the University did NOT find these lecturers guilty of sex for grades but misconduct contrary to the University statutes.

2. Allow the sanctions of the lecturers to take retrospective effect, starting from the day they were interdicted.

3. Restore the basic salaries of these lecturers throughout the remaining period of their sanctions.

4. Withdraw the positive assessment training and annual assessment for the two lecturers (which are usually meant for those found guilty of sex for grades) unless the University want to provide further basis that indeed these lecturers were found culpable of the said allegations.

This we hereby submit in the interest of the Public good.