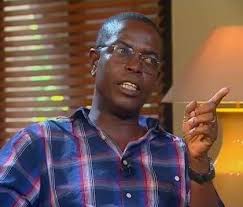 The Managing Editor of the Insight newspaper, Mr Kwesi Pratt Junior has fired at the Minister for Defence Dominic Nitiwul, saying he was either not well informed or is not coming clear with the Ghanaians on the issue of establishing a US military base on the country's soil.

Speaking on Joy News, Mr Pratt has indicated that, the Defence Minister is acting in an unfortunate way for the country after the government had denied in the past about trying to create the US military base in the country..

He said,“I think it is most unfortunate. This is not the first time the government denied it was working for the creation of a US military base in Ghana but this agreement is a confirmation that this discussion has been ongoing”.

He begged to know what has been the change in the diplomatic ties between Ghana and the US at all levels considering the fact that there are existing protocols between the two countries.

He said, “What has changed which requires a new protocol because there are existing protocols”

Speaking on, Mr Pratt added that, the establishment of a US military base allows the US to launch attacks from the country  in question as per the agreements between the country and the United States.

Describing the term as a Lily-pad, he advised he advised the Defence Minister to check out for the meaning of the word in military terms, saying Ghana will become a Lily-pad to the US.

In his definition of a Lily-pad in the US military understanding, Mr Pratt said, Lily-pads are modern US military bases which are stationed at airports and other places within designated countries and have The capability and the capacity to launch some form of assault on behalf of the United States government.

Adding on, he stated the characteristics of the agreement terms between Ghana and the US saying the country's laws are not applicablle to the military base and in the case of movement, provided the military men provide their ID cards, they are allowed to move.

He said, “Ghana laws do not apply to them and you offer them free pass with use of their ID cards… they can use their drivers licence here, and when they commit offences, our laws do not apply. Have we even done this thing for ECOWAS countries?”, he queried.

“We have waived our rights to compensation when our people die in the course of the operations which insults our Sovereign immunity”.

Mr Nitiwul while explaining the terms of the US said they are only going to bring into the country contractors to work in addition to the training the Ghana military force will receive from them.

A statement Mr Pratt said the Defence minister did not get clear saying the "Minister spoke about ‘contractors’ as if he was talking about builders, civil engineers masons, carpenters, steel benders. But Mr Pratt said the Minister was either ill-informed or was being insincere for which reason he was deceiving the public”.

He added that, the 'contractors' Mr Nitiwul was talking about  could be mercenaries trained for operations, or bomb disposal squads among others.

The Minority side of the Parliament of Ghana has opposed the motion, with the Member of Parliament for Builsa South in the Upper East region Hon. Clement Apaak calling on the government to close down the Memorandum of Understanding between Ghana and the United States, saying it will open up the country to terror attacks.