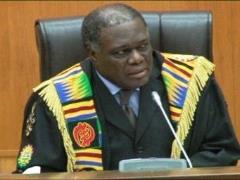 The Deputy Speaker of Parliament, Mr Ebo Barton Oduro, has admonished the youth to distance themselves from election violence to ensure peace and stability.

He said the youth must resist all attempts to mar the December 7 general election.

Mr Barton Oduro, gave the advise when he addressed a durbar of the chiefs and people of Agona Kwanyako, in the Central Region, to climax their Annual Akwambo festival.

The week-long celebration was on the theme: 'Youth in Development.'

He said as future leaders the youth must serve as vessels for national development.

He said under no circumstance should the youth surround themselves to politicians to use them as tools to destroy lives and property before, during and after the elections.

The Deputy Speaker cautioned politicians not to push the youth to cause mayhem under the influence of monetary, alcoholic and drugs.

Mr Barton Oduro asked politicians to learn lessons from election wars, which had led to the killing of people including children in neighboring countries.

He said elections were not meant for wars but for decision making process which helped the people to choose a president and representatives to parliament.

He said the essence of calling for change was to enable NPP to fulfill its promise of one- factory- one district, one million dollars for 275 constituencies and one village one dam for the people of the Northern Region to improve farming activities.

He said the District has had its fair share of the national cake and called on the people to vote for President Mahama to continue the good works.

Nana Ampim Darko V, Kwanyakohene called on the central government and the District Assembly to provide the needed structures at the town's health centre to ensure quality health care.