Derrick Sassraku scores on his debut for Tirana in Albanian League 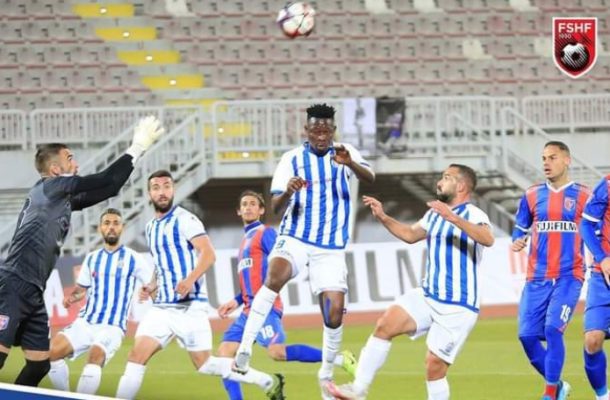 Ghanaian striker Derrick Sassraku opened his account for his new club KF Tirana on his debut in the Albanian league on Saturday evening.

It was the home side who opened the scores as Herald Marku converted from the spot in the 28th minute of the game before Ernest Muci pulled parity for the away side on the stroke of half time.

Herald Marku completed his brace with a second in the 50th minute of the game before Derrick Sassraku scored his debut goal in the 63rd minute.

It appeared the game was heading for a stalemate until Ishmael Dunga scored a late goal deep in injury time to give all the three points to his side.

Sasraku was in action with his compatriots Isaac Gyamfi and Ibrahim Sulley.