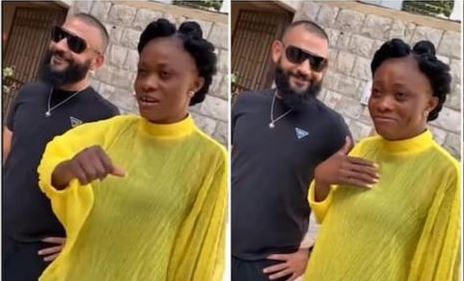 Ghanaian gospel musician, Diana Asamoah, has once again excited her teeming fans with her social media activity, flaunting a man she identified as her husband.

Miss Asamoah, who is currently in Israel, revealed she met him while embarking on her pilgrimage.

Basking with joy, Diana in a video sighted on TikTok announced God’s favour has abounded for her in Isreal as finding a husband was her major prayer point.

She promised to bring her new found husband to Ghana and asked her fans not to have any doubts about that.

To the shock of her fans and followers, Miss Asamoah did not even know the man’s name prior to the introduction and had to ask in the video.

The ‘husband-to-be’ later identified himself as Musheera.