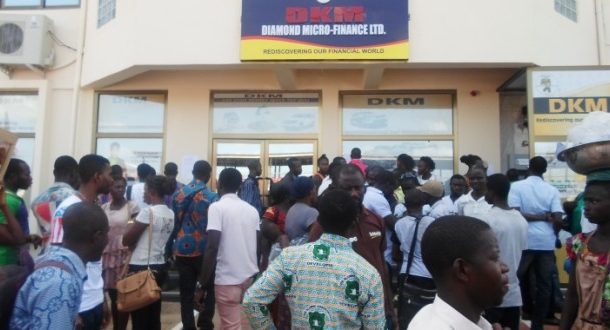 Customers of DKM microfinance have expressed joy at an  announcement to refund monies locked up in the company by end of this month.

Most of the customers who were excited about the news  welcomed the decision, expecting to at least, receive their initial deposit. Speaking to Citi Business News, the Chairman of the Upper West Region of DKM customers,  Fred Kuuyine stated that the customers in the region have received the news with joy and anticipation.

“We know that if you put money somewhere you expect to get profit on it. But because this issue has happened we are expecting less than our monies,” he said.

He said that most of the customers are ready to receive their initial deposits. Earlier, the Bank of Ghana announced that over 70,000 customers have so far been validated to receive their locked up cash. Two local banks have been contracted to make the payments to customers from September ending.

The Registrar-General’s Department had earlier in a statement to Citi Business News said it had as in July, 2016 collated approximately 63,000 depositor claims. Millions of cash deposited by DKM customers were locked up, following the BoG move in 2015 to stop the company from operating over concerns that it was violating the microfinance regulations.

The Bank of Ghana also confirmed to Citi Business News that customers of DKM Microfinance whose monies are locked up will be receiving their investments by the end of this month. According to the central bank, the Official Liquidator is however expected to outline the modalities for refunds on the 12th of this month.