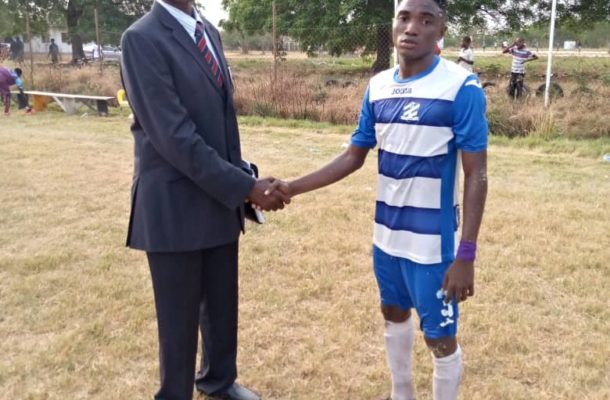 The first weekend of the 2019/20 Division One League zones kicked-off today across all venues and Ghanaguardian.com is delighted DOL is back!

Accra Young Wise began with 0-1 lost against Giant Hearts of Lions in their first Zone 3 home game at the Mars park, Teshie.

The hardworking left-back of Young Wise produced an incredible performance against the Lions to win the Man of the Match even though his side lost.

Bismark Duah started as he meant to go on, by registering a couple of hard-hitting challenges during the opening exchanges, and he finished the match with some impressive statistics to his name.

The 18-year old, made 12 clearances of the ball, won 8 tackles, blocked five crosses, made four interceptions and, as a result was adjudged the Man-of-the-Match by the Match commissioner Henry Nettey.

Bismark Duah was technically solid and delivered many croses but didn't produce a goal as Wise lost to Lions.