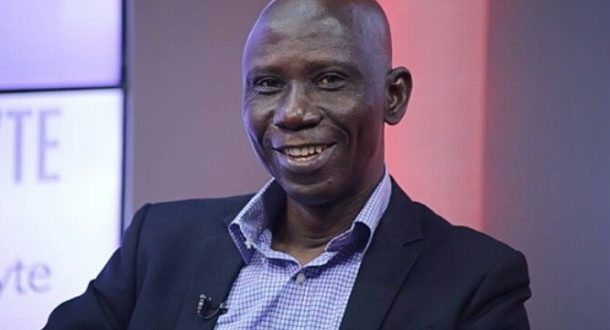 CEO of Roverman Productions, Ebo Whyte, has advised unmarried ladies not to settle for irresponsible men due to pressure from society to get married.

The celebrated play-write advised that "finding a life partner is tantamount to finding the father of your children so ladies should not compromise at all."

“There is no bigger position than that. The standard must be absolute highest because if you do that [lower the standards] you’ll be apologizing to your children in the future,” Ebo Whyte told the AM Show on Joy News channel Thursday.

Ebo Whyte was discussing the issue of young ladies being coerced into marriage due to societal pressure.

“I have advised young ladies that when someone wants to force you, just tell them…show me the store for husbands and I will go and buy some,” he joked.

He argued that marriage was not as rosy as it may be made to seem hence the need for young people to exercise patience before entering into the life-long union.

“Courtship is always sweeter than marriage,” he said.

All it takes to have a successful courtship is love. But when courtship moves to become marriage love becomes useless.

Commitment, being sensitive to each other, being thoughtful and respectful. Those issues become very important after marriage but many of us still enter marriage with the same idea of courtship.

He described how difficult it is to resolve an issue as a married couple compared to when you are courting.

In courtship, you can just leave your partner's house and have some space to cool off and then make-up again.

“In marriage, however, you will return to the same house and the same room so it is difficult to get space to clear your head,” he said.

“Even your partner’s body language may make you angrier.

“The way I take something and put it back on the table can annoy you…you’ll be like 'look at him'.”

Giving an analogy, Uncle Ebo said he used to play a game to determine the relationship status of couples he sees in a car.

“When I see a couple chatting and laughing heartily together in a car, I conclude they are boyfriend, girlfriend or married man, mistress.

…but when the man is straight-faced driving and the woman is looking unconcerned outside the window, then they’re husband and wife”.

People just make marriage seem rosy to make you enter so you can experience the difficulty too.

They will push you to marry and when you complain to them they will say 'oh that is how it is'…"he said in Akan.