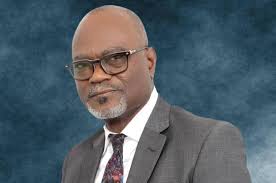 Former Normalisation Committee President Dr. Kofi Amoah has adamantly denied all corruption charges against him in the media.

This follows a report in the media that the former NC boss has unduly deducted $100,000 from a $1million compensation paid by the Glo-Ghana to the GFA for contract breach.

Speaking to Accra based Atinka Fm, Dr. Kofi Amoah said the media should be circumspect in their reportage and the issues that pops up.

"we need to engage our media people and make them know that you got to do your work in a way that will help the progress of the society."

"There's this thinking that everybody is corrupt, when you are killing yourself for your nation around errr the clock somebody has won an award is sitting there nobody is do anything."

"As a matter of fact the lawyer who succeeded in collecting this money must be commended where somebody positive has been done, then we want to castigate the person for doing the right thing."

In 2014 The Ghana Football Association received $1.9 million from Globacom Ghana, representing part of the outstanding debt owed it in unpaid sponsorship fees for the Premier League.

Beneficiaries of this payment by the league's former sponsor, include Clubs that played in the 2012-13 Premier League season.

The Ghana Football Association will be meeting Dr. Kofi Amoah on the way forward to resolve the issue.