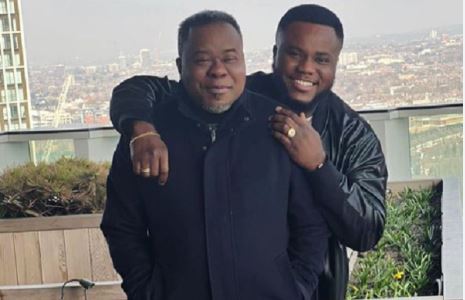 The Board of Directors of Angel Broadcasting Network (ABN) has announced the suspension of the company's Chief Executive Officer, Samuel Kofi Acheampong.

Samuel, the son of Ghanaian businessman, Dr Kwaku Oteng has also been relieved of his post as the CEO of Angel Broadcasting Network, in a letter dated November 30, 2022.

The young man has been demoted to General Manager of Angel FM in Kumasi.

The letter signed by the Group Chief Executive Officer, Dr Kwaku Oteng to his son read: "Please be informed that, the Board of Directors at its meeting held on 28 November, 2022 at Adonko Factory, Kronum-Abuohia in Kumasi took a decision to suspend Mr. Samuel Kofi Acheampong, the Chief Executive Officer of ABN for a month without pay effective December 02, 2022.

"Further, the Board has relieved him of his role as the CEO of ABN to General Manager, Angel FM - Kumasi. His new role takes effect from January 02, 2023. The Board directed the President and Founder/Group Chief Executive Officer, Dr. Kwaku Oteng to hold the forte until a substantive CEO is appointed. We entreat all Workers. Managers and Unit Heads especially within ABN to work harder and continue to keep faith with the Group and should not allow the emerging issues to affect their deliverables.

The reason for the actions taken against Samuel Kofi Acheampong was not stated in the internal memo which has been leaked.

Check out the letter below: 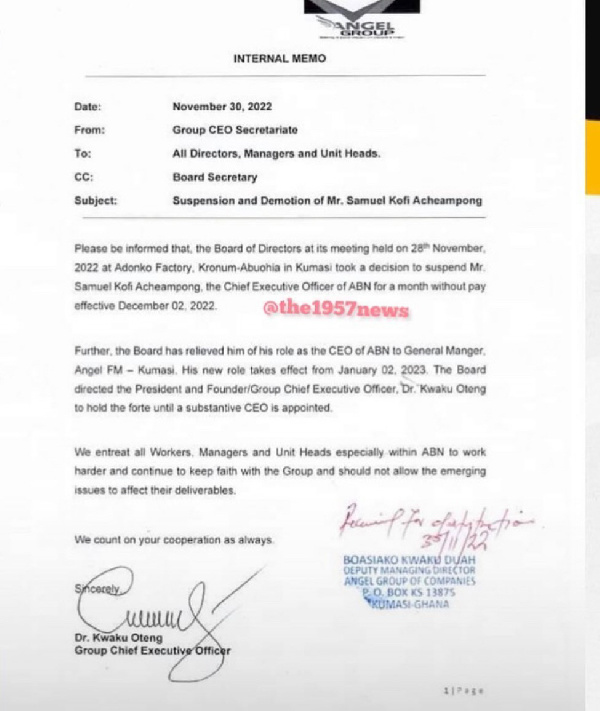