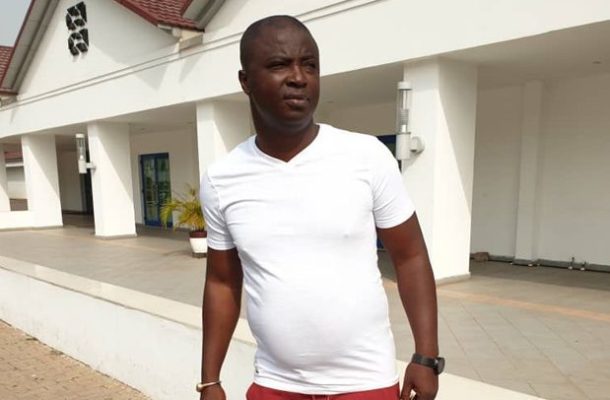 Kumasi Asante Kotoko on Sunday endured an excruciating elimination at the hands of Tunisian side Etoile Sportive du Sahel.

The porcupine warriors lost by 3 goals to nil despite playing with a man advantage for 12 minutes.

Since their elimination the inquest has started in earnest with coach of the team Kjetil Zachariassen incurring the wrath of some supporters with his comments that his team's real level is the second tier Confederations Cup.

David Serebour Boateng who traveled with the team on his own has launched a scathing attack on the quality of players bought so far.

Speaking in an interview with Happy Fm, he lashed out at the coach and the management for their poor recruitment.

"Why do you sack an experienced African cup campaigner like Nii Adjei and buy George Abege? If you do so you have done Kotoko a disservice.

"What I see is that the current management do not seek the team's interest but only take interest in buying players that will help them get cuts.

"Whats the difference between the players they sacked and the ones they brought in?"

"Dr Kwame Kyei is doing all he can to make this team great but his management team who should help him are sabotaging his good works with their stomach and selfish interest so we take one step forward two steps back."

"What is the difference between this coach and C.K Akonnor,Why did he leave Sogne Yacouba home and sent Abege" he  querried

He also questioned why a coach leading two nil will be naive and go gung ho to concede three goals.

"If Dr Kyei does not sack the pot belly, dinosaur management members Kotoko will never suffer" he added.