Dr. Lawrence asks: Has Nana Akufo-Addo ever been a serious President? 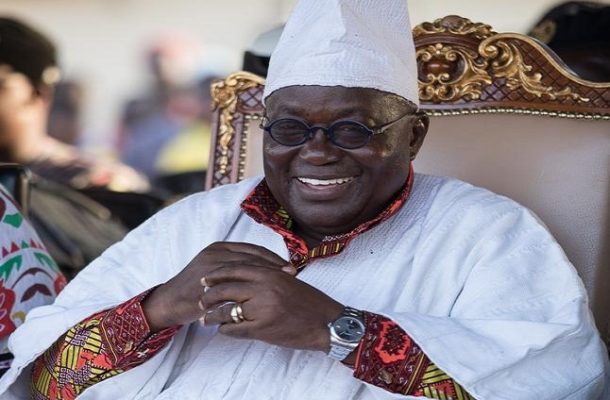 President of Ghana, Nana Akufo-Addo was in Yendi to celebrate the Damba festival

When you look at the Presidency of Nana Akufo-Addo, you just have to ask whether this man has ever been serious. He is running the country like there is nothing at stake. It is like there is nothing important left for him to do. He has made governance so simple and easy, to the extent that his party members are saying those criticizing the government are either witches or they are suffering from jaundice.

First, Nana Addo told us he will build a national cathedral for God. He earlier told us that it was a promise he made to God but later changed his story to say it was some clergy who visited his office and demanded for a cathedral. Again, he told us that the government will not support in any way except to provide the land. Now he has changed his story to say the state is going to support with a $20 million seed money. This cathedral, if those pushing it are not careful, instead of blessings, it will bring curses upon them because of the lies associated with it. Nana Addo should stop tying his left wrist with the white handkerchief before he thinks of a cathedral. He can’t serve God and god. The clergy should know that God hates lies and hypocrisy.

In his 2020 budget, he has provided a whooping GHC6 million for government communications to trumpet his flash ship programs. He has done this as if there is no communications ministry in his administration. You see, if you are loosing elections, you don’t see it. You do all sorts of stupid things and you think the country is with you.

You know one other weird thing this government has done? It has procured 400,000 sets of questions and answers booklets from WAEC for the first graduates of his Free SHS. Now, all the questions in the exams will come from these “pasco” the government has bought for these children. At the end of the day, the very worse students and probably in the villages, are the only ones going to fail. The government will come out quickly and say, it was just a coincidence. If you are a parent or an association, like the Medical Association, shouldn’t you be worried about this step the government has taken? When is buying “pasco” by our governments going to stop if we don’t stop it today?

Finally, as if the nonsense by this government has ended. We woke up last week and it has introduced GHC 100 and 200 notes. Who are those going to use these notes? Ghanaians or the Organized Criminals? By the way, have we not been told that ECOWAS is going to use one currency by 2020/21 called Eco? Why is Dr. Bawumiah pushing for paperless economy and Dr. Addison pushing for new bigger notes? Isn’t this a product of a confused government? So how long will these new notes be in circulation and how much have been spent to print them? Ghanaians need to have answers to these questions. The government does not need a “pasco” for this.

I heard Nana Addo has withdrawn the referendum. Now he should come out and tell us how much the preparation for the referendum costs the tax payer. Is Nana Addo still protecting the public purse or he didn’t mean it because it was part of a plagiarized speech. If he were a serious President, it shouldn’t have taken him 3 years to know that he is in charge of a clueless, useless and a foolish government.