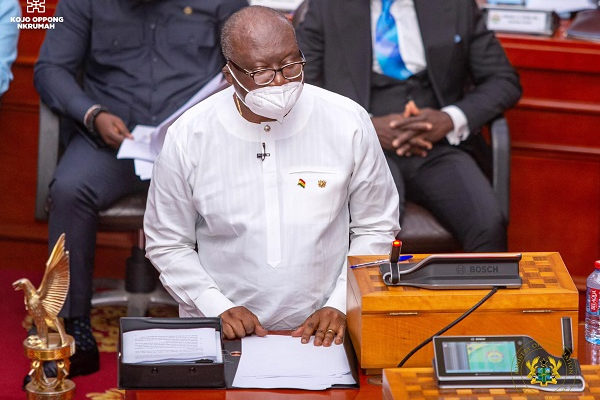 When you listen to the NPP’s reasons why the E-Levy should pass, you could see that Ghanaians are not angry enough. That is why they could say such foolish things to us.
1. The Nhyiaeso NPP MP, Dr. Stephen Amoah, is on video saying, “they will pass the E-Levy in parliament at the right time and nobody can do anything to them”. He can only say that because he represents people who will vote for a dog only if the dog is coming from the NPP.
Do you think if Dr. Amoah thinks there are human beings in Nhyiaeso, he will dare the people of Ghana on E-Levy?
2. The Information Minister, Hon. Oppong Nkrumah, has also said, “if the E-Levy is not passed, Ghana will go to the IMF” I mean why will Ghana go to the IMF if they keep telling us, the economy is strong? Meanwhile, the E-Levy will bring in only GHC6.96 billion. Do you see how far they have brought our economy after five years?
3. The Finance Minister, Hon. Ken Ofori-Atta, has said if the E-Levy is not passed, there will be economic disaster. So, Ken Ofori-Atta doesn’t know Ghana’s economy is already a disaster?
Didn’t Dr. Dampare, the IGP, warn those false prophets that they will be arrested if their prophecies on Dec 31 caused fear and panic? Dr. Dampare doesn’t see the statements by these three false politicians are meant to cause fear and panic? Why hasn’t the IGP arrested them? Are they above the law?
Let me be frank here, the NPP under Nana Addo, thinks there are no human beings living in Ghana. They don’t see Ghanaians as angry enough. They recklessly say and do things like abnormal beings. I am saying this because I was in Ghana for five weeks and I felt it.
The NDC should stay on course and explain to us in plain language why the E-Levy is bad for Ghanaians. They should not bring in percentages and rates to make it complicated. They should let the average Ghanaian know that the E-levy is coming to kill their businesses because the E-Levy will affect every sector of the economy. They should explain that the E-Levy will bring untold hardships to Ghanaians, contrary to what the NPP is saying. The NDC should simplify the E-Levy with facts and figures. The figures should include the $2.1 billion from IMF, over GHC 220 billion loan, oil and roads money, GHC 12.8 billion lost to the state per the Auditor’s report, GHC 500,000 from the COVID management team. If all those monies could not develop the country, what can GHC 6.96 billion do?
Finally, Ghanaians should know that if the NPP could not account for GHC12.8 billion due to corruption, how could they account for GHC6.96 billion?
Say No to E-Levy. It is another scam. Don’t allow E-Levy to pass before you make the country ungovernable. Let’s all act now!!!
I have not started writing yet.
Mahama beba.
Dr. Lawrence is the Founder of the Diaspora Progressive Movement in USA