Dr. Lawrence writes: Ghana may not qualify for IMF bailout 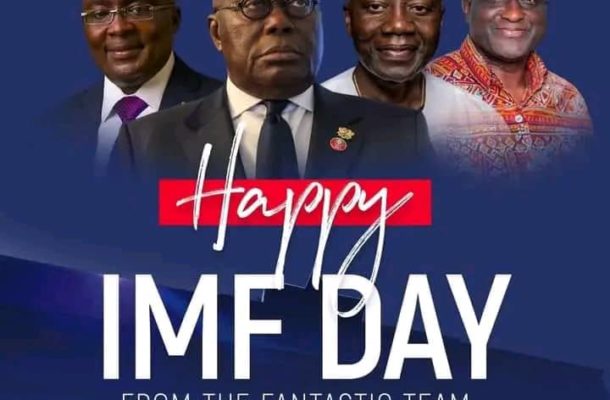 The most difficult and most dangerous job in the world now is being the spokesperson for the Government of Ghana and the New Patriotic Party (NPP).

Today, you put your whole life and credibility on line to defend these people only for them to turn around and do exactly the opposite of what you defended.

NPP has demonized the International Monetary Fund (IMF) and JM for six years. Even last week they were on radio and TV saying, going to IMF was not on their table.

They didn’t know when they were saying that, the President was in an informal negotiations with the IMF.

On Friday, we woke up to the announcement that the President has directed his Finance Minister to begin formal negotiations with the IMF. As soon as the announcement came, the communicators changed their narrative and started saying all the good things about the IMF and said President Mahama also went to the IMF.

Sri Lanka has been in negotiations with the IMF for over 12 months now and I know some countries who were not qualified for the IMF program. So, the President’s directive should be embraced with caution. Ghana may not qualify for the IMF program, and these are the reasons:

The Economy of Ghana is in a very terrible shape. The government owes every sector in Ghana for at least six months, including statutory funds that the government is mandated by the constitution to pay. Cost of goods and services keep rising as if there is no government in Ghana.

The wastage and corruption in Ghana are such that the IMF may disqualify Ghana for any help. Just imagine the President’s chartered jets, AGYAPA, the number of Ministers for 32.37 million people, number of Presidencial staffers, and the V8 convoy that follow the President for just a sod-cutting event.
The IMF normally considers to help Presidents who have vision but are struggling due to factors beyond their control.

Nana Akufo-Addo has no vision. He is running the country like he is fed-up. All the problems that are sending us back to IMF today are due to his home-grown policies. The problems have nothing to do with COVID-19 and the Russian-Ukraine war.

Ghanaians should not be sad that their government is sending them back to IMF. We should rather be very worried if we are not accepted by the IMF.

It has happened to other countries and Ghana is not different. A President without a vision would not have a Plan B, and that is my fear.

At the end of the day, Ghana our beloved country, would be sold to the highest bidder. That is what we should be more worried about.