Dr. Lawrence writes: I can see NDC victory from afar 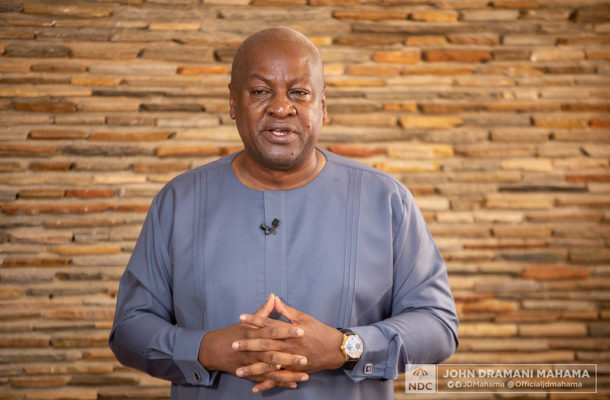 Again, it is too soon to talk about election 2024, but Nana Addo has done certain things in the country that makes me see the victory of NDC from afar. The spirit of victory of the NDC is forcing Nana Addo to take certain decisions that seems to amaze Ghanaians.

Can you imagine the President increasing the number of Presidential staffers on Monday, on Wednesday, he increased their salaries and then on Friday, the same week, he authorized his Finance Minister to release

ADDITIONAL GHC 25 million as seed money to support the building of the National Cathedral? Which President in the World would seem to amaze his citizens like that unless there is a force of victory from his opposing party that pushed him to do that.

In other words, Nana Addo is campaigning for John Mahama, simple. Those who know, know it. Go to Legon campus and you will understand what I am talking about.

Other things Nana Addo has done:

Radio Gold: The reopening of Radios Gold and XYZ is a testament that Nana Addo and the NPP are going down in 2024. It was against the wish and will of Nana Addo to see these radio stations operate again under his watch but the force against his wish and will was heavy. He had no choice but to give way to victory.

Boarders: Again it was against the will and wish that Nana Addo will reopen the boarders before election 2024. He wished they could have used the same tactics in 2020, but this time, the tide is against them. The victory match of the NDC is stronger than the US invasion of Iraq.
I must sign a note of caution here. When NPP becomes so desperate to the extent of using weapons of mass destruction, they will find some faceless people who will claim that they see something at the boarders and are saying something. This is where I don’t know how NDC will respond but we should be prepared for something like that. If NDC allows that to pass, we will be in opposition and talking about JM and 2028.

Regional Chairmen: The retention of the Regional Chairmen for Ashanti, Greater Accra and Bono are very good omen for the NDC to win elections 2024. I wouldn’t open up too much here but all those who were sure of campaigning to get NPP break the 8, lost in these regions. Since we have played the game with these guys and won, NDC needs to go back to the drawing board and do the needful.
I can only do what I have done: Write.