Dr. Lawrence writes: In the US, why NDC Branches don’t grow 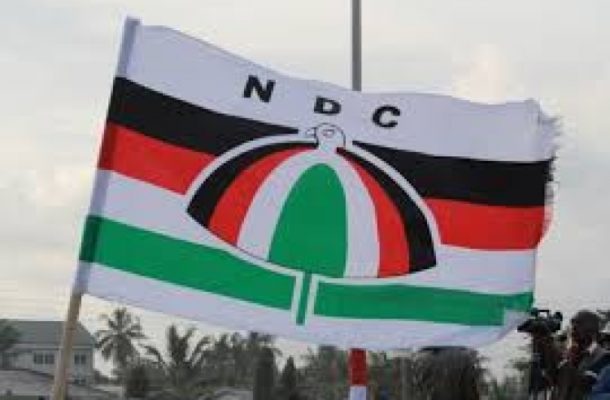 I witnessed the Branch elections of the NDC Washington Metro on November 13, 2022. I chose to witness the election in Washington because, out of the 21 Branches in USA, that was the only branch that someone contested the incumbent chairman. All the other 20 Chairmen went unopposed.

I got to the election grounds at around 1.45pm and sat amongst over 20 voters, who were waiting patiently to vote. I was told that voting will start at 2.00pm.

As I sat there going through my WhatsApp messages, a gentleman (I will call him Mr. A) came there and started talking and introduced himself.

He didn’t get to where I was seated and he was called by the election committee for a short meeting. Another gentleman (I will call him Mr. B) was asked to joined the meeting, so I guessed they talked about how the elections would go.

I saw the gentleman (Mr. B) who was called to join the meeting left the place but the meeting was still going on.

Within two minutes, I saw the gentleman (Mr. B) coming with two policemen to where the meeting was taking place. I immediately got up and got closer to the place to know what was going on.

When the police got there, Mr B pointed to the other gentleman (Mr. A) and told the policemen that “This is the guy” The policeman then told Mr. A to walk out.

I heard Mr. A asking him why should he walk out and the policeman explained to him that they have been instructed to come there and maintain peace and order.

Mr. A told the policemen that he can’t go out because his agent was still not there, so if he goes out, he will have no one representing his interest at the election.

I saw Mr. A, the two policemen and Mr. B walked out through the door to the parking lot. Within 5 minutes, all the four gentlemen came back with the policemen standing by the door, Mr. A took his seat amongst us and Mr. B went to the Electoral Commissioners, for a brief talk.

When all was said and done, voting for the position of the next Branch Chairman began, and all those who were seated with me got up to vote.

They were numbering over 20. They all left the building immediately after voting.

Before the voting though, I overheard a woman complaining that her brother had traveled all the way from Richmond (3 hours drive) to come and vote but they were delaying him.

Another woman was heard asking, “so all these people are our members and we have not ever seen them at meetings?” Two women who were seated close to me, told each other that they don’t have ID cards. I didn’t see anybody not allowed to vote, so they voted.

The former Vice Chairman of the branch told me he petitioned the NDC USA because the voters register was bloated but the response to his petition came the night before the voting, dismissing his petition. He said it was too late to appeal the response, and so the bloated register was used.

Recommendations
To avoid such occurrences, with the police being called into branch elections, I recommend the following:
1. The International Relations Department (IRD) and NDC appointed Ambassadors should be more involved in the activities of the branches. They should not wait until elections are due.

2. It should be mandatory that attendance be taken at all branch meetings especially immediately after elections. The Secretary and Chairman should sign the attendance book and record the number of attendees in the book.

3. The Elections Committee should use the attendance for the past four years to compile the voters register. Anyone who does not attend meetings 20 or more times in four years should not qualify to vote.

4. Under no circumstances should dues payment be used to qualify a person to vote. It encourages vote-buying by candidates. Such voters come, vote, go home and are not seen again until the next voting day.

The NDC Branches in the USA don’t grow because we use dues to qualify voters. Once a candidate is able to pay dues for people to come and vote, they are not seen again until the next elections. Meetings are therefore, reduced to at most five people. Is this a branch?