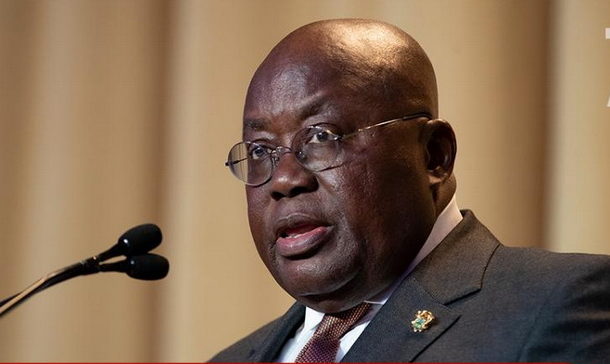 After the NPP had demonalized the IMF and John Mahama, why do you think they will eventually go to IMF, unless Nana Addo has something up his sleeves.

Nana Addo knows very well the economy has collapsed and the hardships on Ghanaians are hard to bear. Meanwhile, there is an election coming up in 2024, so he has to be smart and blame the economic hardships on some body.

They have exhausted putting the blame on Ghanaians, JM, NDC, COVID and the Russian war, so they have to look somewhere to put the blame.

At the same time, the government has realized that they have to cut some expenditures, including the Free SHS.

They looked all over the world and the best body to blame for the hardships and cuts is the IMF. As usual, they don’t want to be held responsible for anything.

When you hear the NPP folks talking about the cuts that will come from the IMF, they say the IMF should not touch the Free SHS because education is dear to them. They know very well that IMF will cut some parts of the Free SHS, if not all of it.

The NPP wants to mount the platforms in 2023/24 and say it was the IMF that came and cut your allowances, salaries and other benefits. The cuts have got nothing to do with Nana Addo or Dr. Bawumiah.

They will say, put all the blame on IMF.

Meanwhile, the first proposal theg overnment will present at their subsequent meetings will be how to cut/review Free SHS, allowances, salaries, benefits and employment.

In specifics, the government will propose cuts/review in FREE SHS, NABCO, government size, 1D1F, National Cathedral and the rest of their flagship projects.

Some of their communicators and some Statesmen, including John Mahama have called on the government to broaden the team that is going to negotiate with the IMF.

I heard some people telling the government to specifically invite Dr. Duffour, Prof Kwasi Botchway, Seth Terkper and other NDC gurus to join in the negotiations. I would personally say, they should not mind them.

I will support it if they invite the NDC as a party, so the party will give them the real men with brains.

The hands of the NPP are in the mouth of Ghanaians, let’s bite them. They boycotted Senchi in 2015. Let’s not forget.