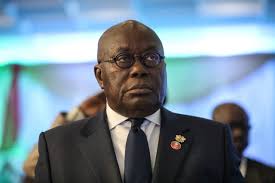 The three weeks Nana Akufo-Addo gave the 95 NPP MPs has elapsed but Hon. Ken Ofori-Atta is still the Finance Minister of Ghana. The removal of Ken Ofori-Atta has become a nightmare on Ghanaians. The President is afraid to sack him and he is not ready to resign.

When some of us say Ghana is a failed state, are we being understood? We have just one man heading one ministry and the whole country is in total disarray. Where in the world will this happen unless the citizens of the country do not know what is good for them.

Now we have NPP MPs in parliament who don’t want the Finance Minister to be legally sacked but want to beg the President to sack him. These same MPs don’t want him to present the 2023 budget statement to parliament but want his representative to do it. Do you see the game the NPP MPs are playing with Ghanaians?

Right now, we don’t even know the direction Ghana is going: People are not angry enough to force the President to resign; the Presidency is confused on Ken Ofori-Atta; parliament is divided as to how Ken Ofori-Atta should go; Ken himself doesn’t know when he will go. Total confusion in a country with a government.

Look, until Nana Addo is forced to resign and take Ken Ofori-Atta with him, both will disgracefully leave the Jubilee House on January 7, 2025. My only prayer is that they will leave peacefully.

#NanaAddomustresign
Dr. Lawrence is the Founder of the Diaspora Progressive Movement in USA.