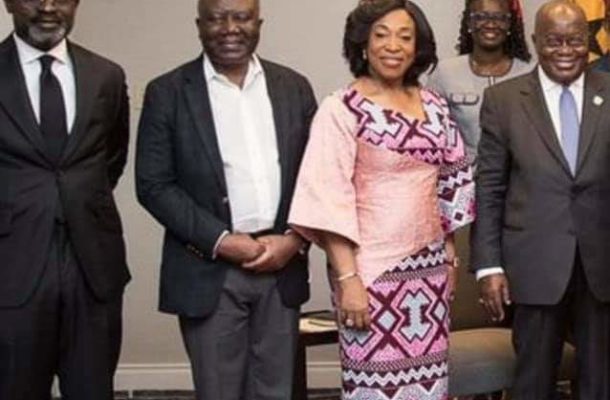 This week, I want to bring to you under one roof some of the useless, silly and most reckless statements made by people under Nana Akufo-Addo. The government that told Ghanaians that they have the men to deliver Ghanaians from their sufferings. Finance Minister- He didn’t know the amount of the President’s foreign trips. When he was called to account for the President’s foreign trips, he deferred the answer to the minister of National Security. Beautiful nonsense, right?

Defense Minister- He told Ghanaians that the President couldn’t bath in the Presidential jet. He thinks the President spending $17,000 an hour for 23 hours and getting 1.5 million dosses of COVID-19 vaccine was better use of the tax payers money. Such an individual is still a minister of state.

Agriculture Minister- He told Ghanaians that donkey’s are smuggling fertilizers across to the neighboring countries. He defended it by saying that has caused the shortage of fertilizers in the country.

Health Minister- He couldn’t think properly when signing the Sputnik Vaccine contract. He is still the Minister in-charge of the Health of Ghanaians. No wonder, over 15% of Ghanaians have mental problems. The Health Minister, who is supposed to take care of the health issues of Ghanaians is sick.

The President- After the minority group in parliament passed all the appointees of the President, he said the amount of cooperation he is getting from the minority in parliament is beyond his imagination.
Seriously, how Hawa Koomson, Ken Ofori-Atta and Dr. Owusu Afriyie Akoto passed to become Ministers in the second term of Nana Addo beats the thinking of most Ghanaians.

Lawyer Sam Okudzeto- He said the constant talk about President Akufo-Addo using luxurious private jets is the STUPIDITY of the media.
Do you see where culture of silence comes from? So if you are a media house and you don’t want the NPP to call you stupid, you just don’t discuss National issues.

These are the men governing the country. Can you still believe that over 6 million people genuinely voted for these jokers? If you so believe, then you are either a clown, sick, idiot or a fool. It is that simple. No apologies needed.
I have not started writing yet.
Mahama beba.
Dr. Lawrence
Diaspora Progressive Movement in USA.