Dr. Lawrence writes: The issue of Conflict of Interest 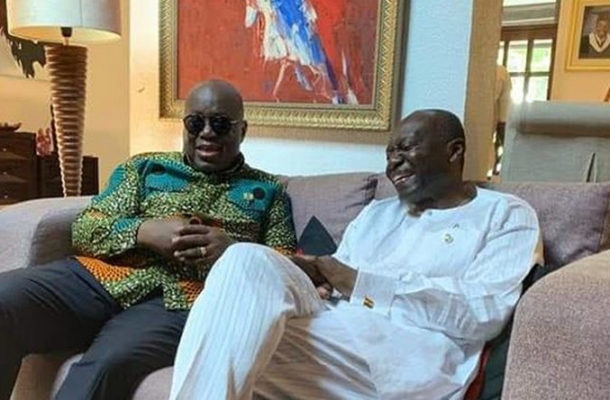 Conflict of Interest is defined as “A situation in which a person is in a position to derive personal benefit from actions or decisions made in their official capacity”
The Finance Minister, Hon. Ken Ofori-Atta owns 11% shares in Databank. Databank Financial Holdings Ltd based in Seychelles owns 74% shares in Databank. Keli Gadzekpo owns 7%, Opoku-Gyamfi Boateng owns 5%, Yofi Grant and others own 3% shares.
The Directors of Databank include Keli Gadzekpo (Chairman), Yofi Grant (Agyapa Royalties fame) Prof. Angela Ofori-Atta (wife of the Finance Minister), and others.
Databank is one of the nine Transaction Advisors to the Government of Ghana and receives a percentage of any loan the government transacts. Another transaction advisor is Black Star Brokerage, owned by Charles Adu-Boahen, a deputy Finance Minister. He owns 95% shares of the company. Between 2017 and August 2022, Ghana received GHC 275 billion in loans.
With the definition of Conflict of Interest, what Databank does for the Government of Ghana, names of the Shareholders and Directors of Databank, do you still not see that the Finance Minister, Ken Ofori-Atta is in clear Conflict of Interest?
Did the President not tell us that anyone who thinks of coming to his government to make money will be disappointed? Is the President not aware that his Finance Ministers are not only making money but they are also conflicting their interests?
Should we now agree with Martin Amidu when he called the President as the mother serpent of corruption? Should we now agree with Hon. Isaac Adongo that the President is the head of the Akyem Sakawa boys at the Jubilee House? Should we now agree with Martin Kpebu when he said the President is part of the criminal syndicate at the Jubilee House?
A veteran broadcaster, Kwasi Kyei Darkwah (KKD) put it nicely that in future, the foolish children of those stealing our money at the Jubilee House, will tell our humble children that, their fathers didn’t work hard in life, but the truth of the matter is that, we worked hard but we didn’t steal from the State.
Nana Akufo-Addo should stop sacrificing the country for his family and friends. The conflict of interest and the stealing at the Jubilee House is just unbelievable. If you are a Ghanaian, shouldn’t this be one of your main reasons to vote these people out, so you will know how much they stole from you?
I have said it and I will say it again that H.E. John Mahama, in 2025, should appoint fine but ruthless, no-nonsense and radical Attorney General and an IGP, who will deal with these Sakawa boys in this government. Ghanaians will never forgive JM if he allows these guys to fly to US or UK to enjoy their stolen monies there. Nsawam prison should be their next stop. The years 2025 to 2029, should be the real years for Accountability, Probity and Justice.

Mahama reba
Dr. Lawrence is the Founder of the Diaspora Progressive Movement in US.