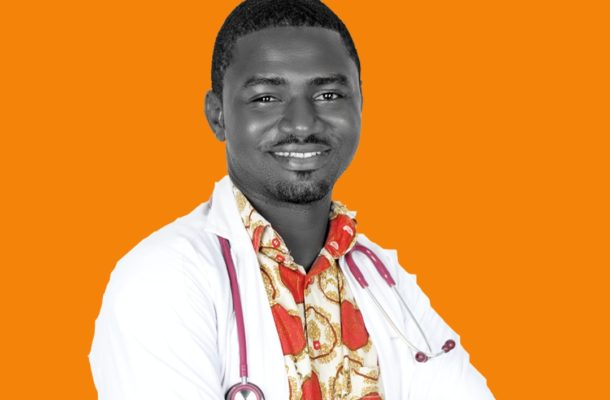 For my project work in 2014, my thesis research was on infertility and how it was managed in the past before modern medicine in the upper east region of Ghana. The project work was an eye-opener as I read about the various causes of infertility in both men and women, and how 50% of infertility cases are the man’s fault. My supervisor was Professor Mrs Rita Dickson, the current Vice-Chancellor of KNUST (I am stating it for shege reasons.. lol)
.
In Africa, once a couple is unable to get pregnant, all eyes are on the female. She resorts to drinking all manner of medicines and seeing all manner of 'specialists'. Some women have lost their marriages due to this, and I have seen some develop liver and kidney complications from taking all manner of "unapproved" medicines in trying to get pregnant. This is wrong!
.
In dealing with infertility, the reasonable thing any health care provider should do is check both spouses. Whiles requesting labs for the female, the male should also be made to do sperm analysis and other relevant labs. When the men tell you that they have another child with a different woman and because of that they think it must be the woman’s fault, tell them it still doesn’t matter. Tell them they could be fertile in January and before December, have poor sperm quality.

Note that it is perfectly normal for the semen to come out from the vagina after sex, it doesn’t mean the man’s sperms are weak, in most cases, enough of the sperms would have already made it through the cervix.

.
Let me bore you with some relevant technicalities. Many of these labs have revealed interesting problems with men’s sperms. Note that the whole fluid that comes from a man (ejaculate) during climax is not entirely sperm, what you see is called semen. Only about 5% of that fluid is the actual sperm, the rest is made up of; citric acid, free amino acids, fructose (a type of sugar), enzymes, phosphorylcholine, prostaglandin, potassium, and zinc; these help nourish the sperms. Some men can have a large volume of semen, but when little viable sperm, so we can have men with a lesser volume of semen having higher sperm concentration.

.
A normal ejaculate should contain between 40 million to about 500 million sperms, and about 50% of these sperms should be normal and actively running towards an egg. Any deviation from the above will result in a man finding it difficult to impregnate a woman naturally and these are more common than we care to admit.

The normal sperm looks like a tadpole, a head and a tail for ‘swimming’ towards the egg. When a man’s sperm has below 15 million sperms per millilitre, they are deemed to have a low sperm count (oligozoospermia). Sometimes, the man might have millions of sperms but the sperms are ‘too lazy to even move towards the egg (Asthenozoospermia), sometimes, the head of the sperms are too big for the sperm to be able to swim towards the egg (Macrocephaly), this has nothing to do with the head of the man in real life though, and sometimes too, the head is round (Globozoospermia), and many other deformities which are beyond the scope of this write up.

.
All the above makes it very difficult for the sperm to naturally reach the egg and fertilize it. So, in treating this problem, any process that aids the movement of sperms towards the egg is a plus and can greatly improve the chances of fixing the problem of infertility in about 50% of homes with issues of infertility. Drugs can help, avoidance of excess heat to the scrotum as well as staying away from foods like Soy products and drinks like Hibiscus (sobolo), can greatly improve the chances of a man trying to improve sperm quality.
.
The video which made me write this piece is one of such wonderful invention, it’s a ‘bot’, like micro-robots, which picks up the sperms, and delivers it to the egg for fertilization. Impressive isn’t it? We have come a step closer to solving 50% of issues of infertility in most marriages using “spermbot” technology!.
.
Dr Yakubu Yusuf (MH)
Kojach Medical Centre.