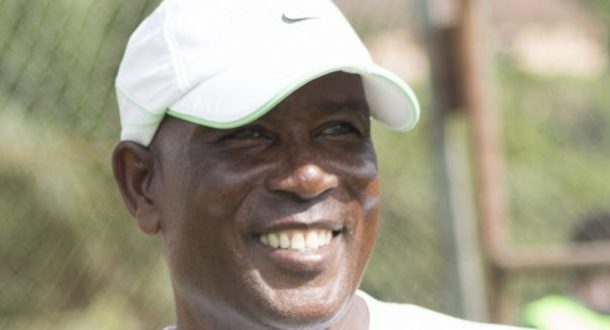 Head Coach of Dreams FC Abdul Karim Zito has set his eyes on getting a first back-to-back victory this season when he faces Liberty Professionals on Thusday in week 8 of the Ghana Premier League.

The match is scheduled to be played at Sogakope due to television obligations and Manager Zito expects his boys to go all out for the victory despite the neutrality of the ground.

“Well, Sogakope happens to be a neutral ground for both teams even though it’s a home game for them so it’s a big advantage for us to go and fight and then win’’.

He further disclosed that he expects a tough challenge from his opponents in spite of their disappointing start to the season.

“They have had a bad start but it won’t be easy. They will throw the fight and we will have to accept it”.

The Sogakope Park utilises an Astro Turf Pitch and Manager Zito said he has put measures in place to help his team to accustom themselves to that type of pitch before the game on Thursday.

‘’I am taking my boys to Prampram to also practice on the artificial turf so that at least we have the feeling of playing on that turf.’’

Manage Zito couldn’t give any assurances on the makeup of the team ahead of Thursday’s fixture due to injuries hindering some of his players but alluded to the fact that it will not have any major effect on the line up.

‘’Until we meet this afternoon and look at the injury situation I can’t say yes or no to changes but the team we are going to face will determine the players we are going to use even though the core will come from the game against Kotoko.’’