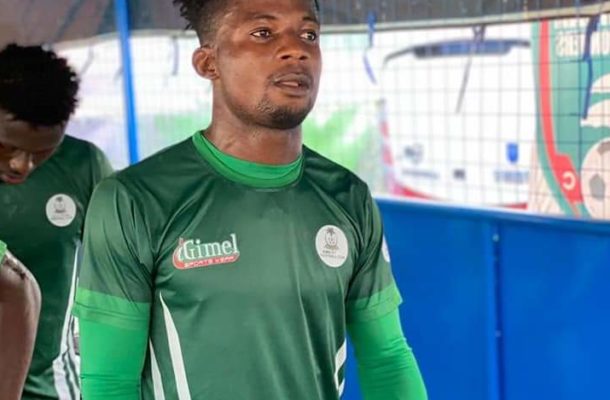 The club in a letter cited by this portal informed King Faisal that they intend to sign the player at the end of the 2020/2021 Ghana Premier League season as the player is very integral to their faint hopes of attaining survival in the league.

Kwame Peprah has been a shinning light in an otherwise disappointing King Faisal side scoring all the goals as they battle relegation scoring 8 goals in 15 matches for the Insha Allah boys.

Dreams have very lofty ambitions of becoming one of the elite clubs on the local scene and are intent on assembling one of the best squad in the league.

He scored a hattrick for King Faisal in their miraculous 4-3 come back victory over Berekum Chelsea in the Ghana Premier League while he has won numerous man of the match awards.

There is growing interest from Kotoko, Hearts, Medeama among others. 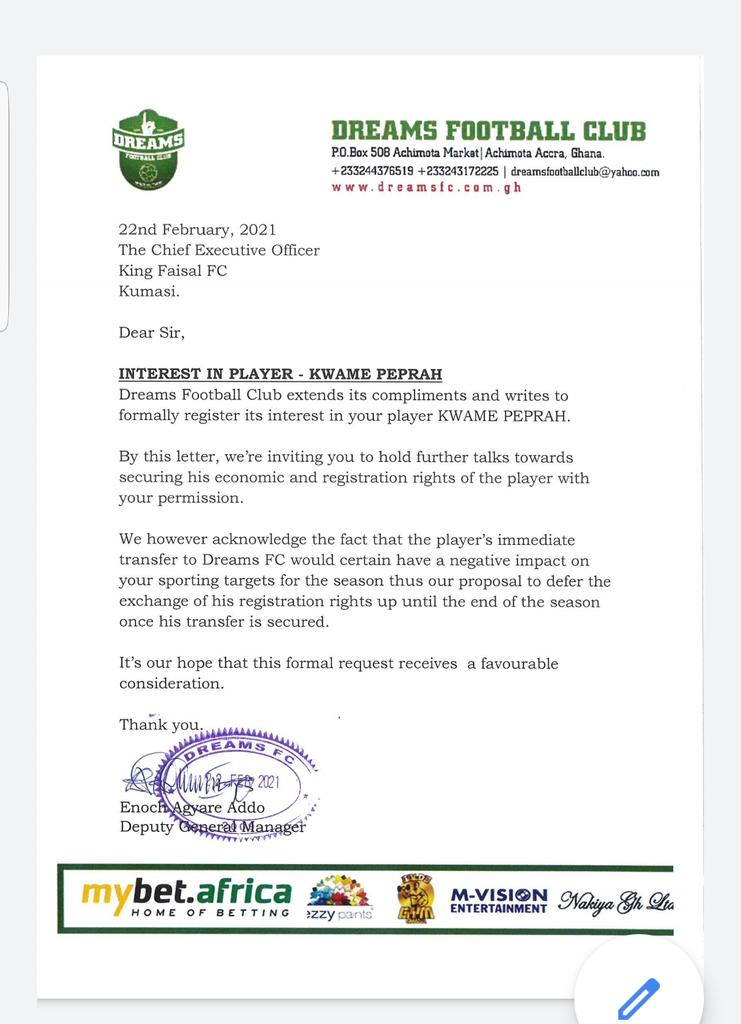