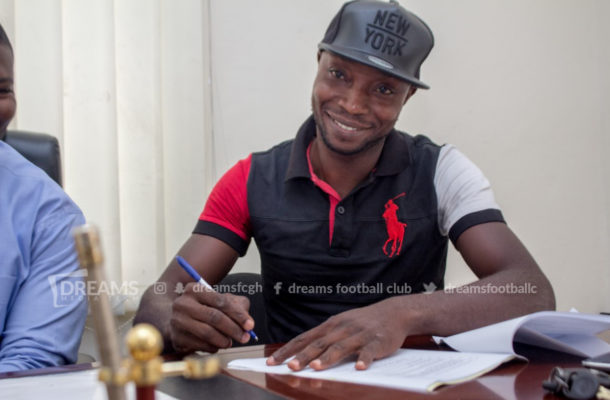 The 34 year old joins the ‘still believe’ club on a free transfer after Kotoko released him at the end of last season.

The goalkeeper becomes the club’s fifth signing after securing the services of Cletus Nombil from Mighty Jets, Razak Cromwell, James Wiafe Iniesta as well as Issah Yakubu from Proud United as they look to build a formidable team ahead of the new season.