‘Dumsor’ has destroyed all my appliances – Otumfuo 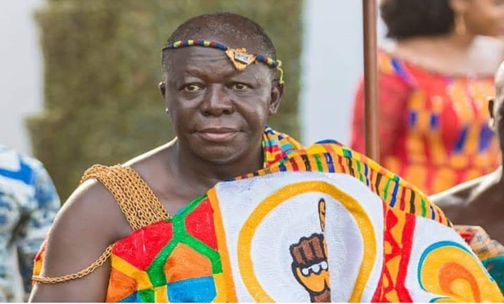 His Royal Majesty - The Asantehene, Otumfuo Osei Tutu II has revealed the recent power outages (dumsor) in the Ashanti Region has destroyed his appliances.

The revered King bemoaned over the effects of the 'dumsor' when Energy Minister Matthew Opoku Prempeh paid him a visit.

“For about three weeks to a month now, I know my son (Energy Minister) has been doing a lot of work, but I was there one time when there was a sudden cut of power, I try to rest and the power goes off, all my appliances have been destroyed,” Otumfuo Osei Tutu II said in a call on the sector minister to permanently solve the power outages in the Ashanti Region

Speaking during his courtesy call on the Asantehene, the Energy Minister explained that the power cut in the Region is as a result of a fallen telecom mast that collapsed two towers belonging to the Ghana Grid Company (GRIDCo) last month.

He assured Otumfuo that his outfit, the Energy Ministry is working with GRIDCo to resolve the problem as a matter of urgency.

“We are working assiduously on the GRIDCo lines that have fallen. We cannot lie to you, we are asking you to support us with your prayer and love, I have nowhere to go, I won’t sit idle for power in Kumasi to be toyed with. We have just encountered difficulty, but soon, it will all be resolved,” Matthew Opoku Prempeh said.