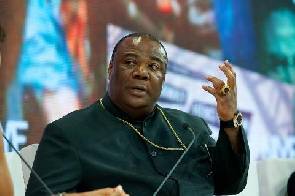 The founder of Action Chapel International, Archbishop Duncan Williams has been barred from entering the United States with immediate effect, the U.S Department of State announced in a statement.

According to the statement, Archbishop Duncan Williams condemned gay marriage and refused to officiate gay marriage by calling it “a sin against Bible teachings”.

One of the couple, who is an American and getting married to his same-sex partner who happens to a Ghanaian, petitioned the United States Embassy of the Pastors decline.

“Marriages are meant for man and woman, not man and man. I do not officiate such marriages” – The man of God reaffirm his stand when contacted by the United States embassy.

Gay-friendly countries are recently hitting the news for banning pastors from entering their countries. South Africa recently banned American preacher Steven Anderson for his comments against same-sex marriages. Ugandan musician Bobi Wine was banned from entering the U.K for condemning the act.