Duncan-Williams denies NPP/NDC tag, reveals his party is embarrassing him 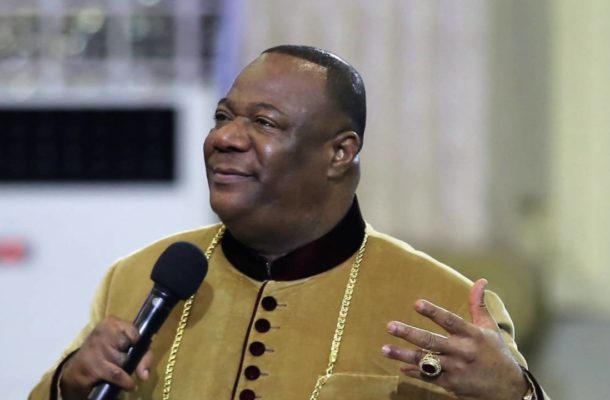 Founder of Action Chapel International (ACI), Archbishop Nicholas Duncan-Williams, has denied any affiliation with two of the biggest political parties in Ghana, stating that the political party he belongs to, Convention People’s Party (CPP), has been an embarrassment to him.

According to the renowned preacher, he has been tagged with the two major political parties – New Patriotic Party (NPP) and National Democratic Congress (NDC) because he has not been given the opportunity to celebrate an electoral victory of the CPP since the overthrow of Ghana’s first President Dr Kwame Nkrumah which is an embarrassment to them.Archbishop Duncan-Williams while preaching to his congregation on Sunday, April 29, revealed that he made his concerns known to a leading member of the CPP, Mr. Kwame Jantuah. He stated; “You know, I was talking to Kwame Jantuah of CPP – that is my father’s party so it’s my party – I was telling him: ‘Kwame, you people [CPP] are embarrassing me that’s why they [critics] think I belong to this party and that party; why don’t you [CPP] just win one election for me so people will start believing me? The reason why they don’t believe that I don’t belong to any of these parties [NPP and NDC] because my party never wins’.“I said: ‘You [CPP] are losing too much, win small; at least win one time that I can celebrate’, I haven’t celebrated for many years because you don’t win elections, you know”, Archbishop Duncan-Williams said.The charismatic cleric who has been in ministry for 40 years now said he has had to deal with several political accusations over those decades under different governments.