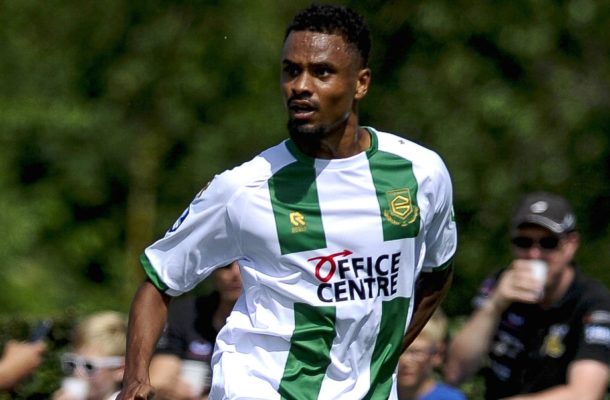 Dutch-born Ghanaian forward Patrick Joosten has made a return to his parent club FC Groningen after a loan spell at Eredivisie side  Cambuur FC.

The forward joined Cambuur FC in the January transfer window where he scored two goals and provided three assists.

Joosten is no stranger to the Dutch Eredivisie as he had played at the youth side of  NEC  Nijmegen.

He also had spells at VVV-Venlo and FC Utrecht but has struggled to settle at any of the various sides.

The left winger helped Cambuur  finish  9th in the Dutch Eredivise afte a fine season where they  amassed 39 points after 34 matches.

He has been capped by Holland at the U-20 and U-21 level but is still eligible to play for Ghana.