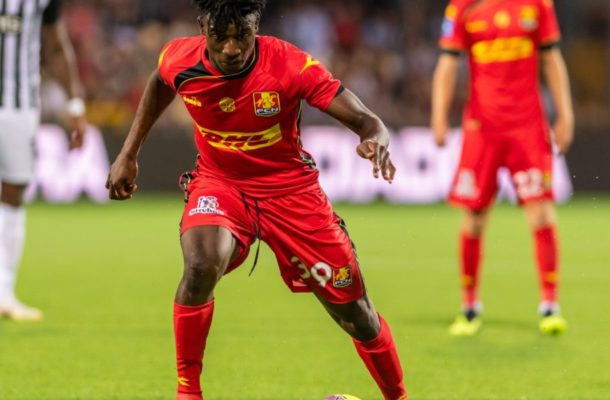 The FC Nordsjaelland prodigy has been a revelation this season in the Danish league with many teams circling for the signature of the Ghanaian midfielder.

Mohammed Kudus is a player in demand with a lot of clubs in Europe chasing after the talented Ghanaian prodigy.

Kudus has been linked with moves to a lot of clubs in Europe with a departure from Nordsjaelland a huge possibility.

Ajax who just sold Moroccan winger Hakim Ziyech to Chelsea are on the haunt for a replacement for the talented play-maker and have identified the Ghanaian as the ideal replacement for Ziyech.

The Dutch giants who received around 39 million pounds for the sale of Ziyech are ready to pay the 8.5 million euros wanted by the Danish side FC Nordsjaelland.

The Ghanaian midfielder has been linked with moves to Dortmund and a host of clubs in Europe with Eintracht Frankfurt, Schalke 04, Everton, Tottenham Hotspur, Galatasaray,Lazio, Genk all ready to make a swoop.

Kudus has been in good form for his side in the Danish league scoring eleven goals in 26 games.

The played made his debut for Ghana last year in the 2019 AFCON qualifier against South Africa scoring in that game.

Kudus was on the books of Ghanaian Academy Right to Dream before making the switch to Danish side FC Nordsjaelland.

With his scintillating performance for the Danish club, Kudus has been shortlisted for the 2020 Golden Boy Award.