DW demands justice after Ghana correspondent was attacked by soldier 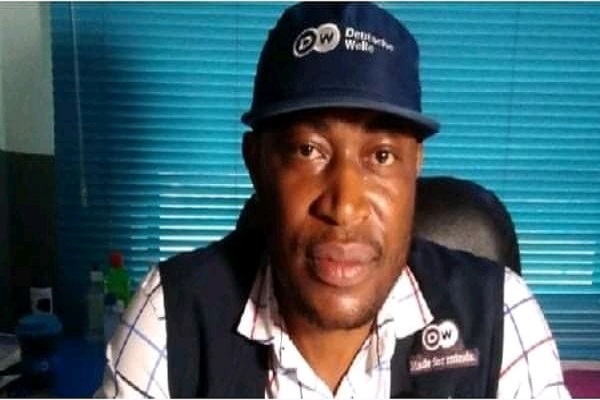 Global news network, Deutsche Welle (DW), is demanding justice for one of its correspondents in Ghana, who was allegedly assaulted by an army officer.

The journalist, Yussif Abdul Ganiyu, who doubles as General Manager of DW’s partner station Zuria FM and a correspondent for DW’s Hausa programme, was allegedly assaulted by a female soldier.

In a terse letter to the country’s Information Minister, Kojo Oppong Nkrumah, the German-based news outlet further alleged that the soldier even tried to arrest Mr Ganiyu.

“When Mr Ganiyu asked on what basis she wanted to arrest him, the soldier gave Zuria FM’s previous reporting on alleged misbehaviour of members of the military as the reason,” the letter written by Head of DW’s Corporate Communications, Christoph Jumpelt, said.

The female soldier who is alleged to have assaulted the reporter has been identified as 2nd Lt. Betrot Ampoma, who is attached to the Operation Covid Safety team enforcing the lockdown in Greater Kumasi.

The incident happened on April 5, at Akrem in the Asokore Mampong Municipality of the Ashanti Region, the German broadcaster stated.

“With this, Honorable Minister, I am kindly seeking your valued assistance in having this matter investigated and making the responsible persons accountable,” Jumpelt appealed to the Information Minister.

“We demand that all journalists in Ghana can freely exercise their professional duties. Freedom of expression and the freedom of the press must be ensured,” he stressed.

Attacks on Ghanaian journalists have been rampant and severe in recent times.

There is a growing sense of intimidation of the media, and a growing culture of intolerance for dissenting views. There has been arbitrary and discriminatory enforcement of laws to shut down mainly pro-opposition media outlets in the West African country.

The independent broadcast media industry has been battling the government over industry-crippling policy proposals.

The Media Foundation for West Africa (MFWA) for instance, documented 31 cases of violations against Ghanaian journalists and media houses.

The 31 attacks involved over 40 victims as some attacks involve multiple individuals. The majority of these violations have been physical attacks and severe threats.

There has also been one incident of murder and for the first time in over a decade. In some cases, the MFWA had to provide a safe haven support to a Ghanaian journalist who faced death threats.