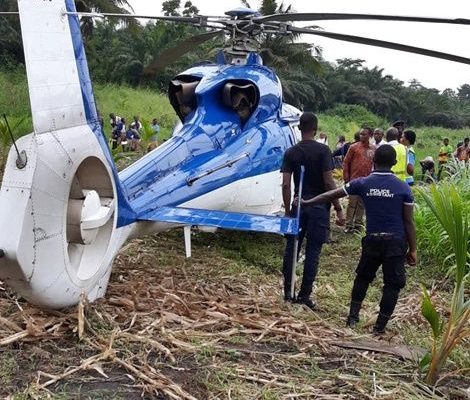 A helicopter carrying gold had to land at Kumikrom near Asamankese in the Eastern region on Monday July 23.

The helicopter was flying from Chiano a town close to Bibiani in the Western region to Accra to Accra at around 12:25pm.

According to sources, the helicopter had developed a fault and had to land on a maize farm in the area.

Te crew aboard at the time of the landing are four, which included the Captain Abdul Salam, Gifty Danso, a Custom officer,  David Fosu and Adjei Kumi Enock.

The boxes of consignment of gold were transferred in a different helicopter which came as a back up and the faulted one has been left behind under Yanowa police guard.