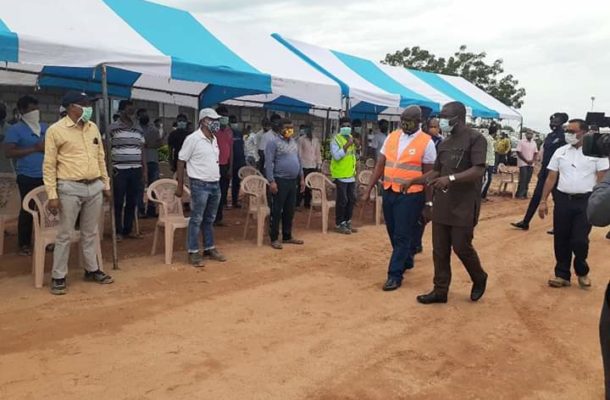 The 91km Tema-Mphakadan Railway Project is set to resume this week, after the construction work was put on hold since March 2020.

This follows the 100% recovery rate of all the railway workers at the Kpong AFCON B Camp, in the Lower Manya-Krobo Municipality of the Eastern Region, tested positive for the COVID-19 disease.

All 70 workers have all been declared negative after two consecutive testings. This brings the total positive cases in the Lower Manya Krobo Municipality to Zero. 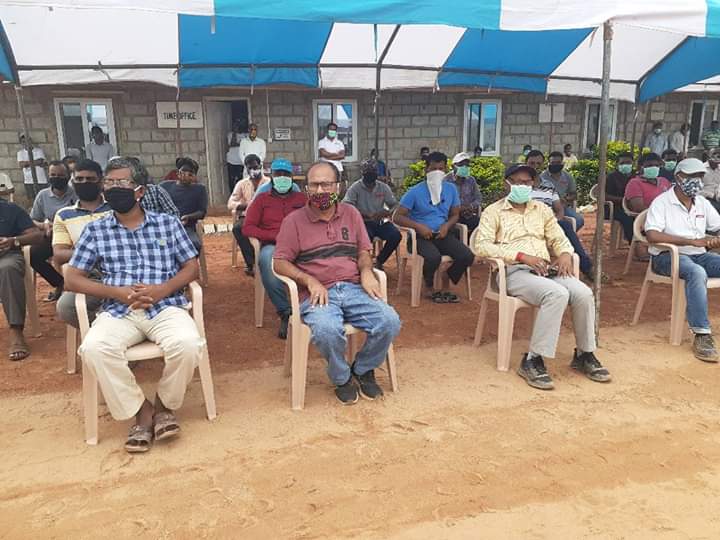 The Regional Minister, Eric Kwakye Darfour announced this when he visited the camp after commissioning a 40-bed Isolation Center at the Atua Government Hospital.

The Minister advised the workers to continue to adhere to the health protocols given by the Government to prevent further spread of the virus.

On his part, the MCE for the Lower-Manya-Krobo, Hon Simon Kweku Tetteh also advised the workers to always wear their face masks when going around with your daily activities in the Municipality.

The Regional Director of Health Services, Dr Alberta Biritwum-Nyarko confirmed that all the workers who were infected have been treated and fully recovered to do their work. She encouraged them to continue to adhere to the safety protocols to help contain spread of the virus.

She said, the region has currently recorded 134 confirmed cases with 95 persons fully recovered. According to her, 21 of the said cases are health professionals with 7 of them fully recovered.

She further appealed to all to continue to adhere strictly to the laid down public health protocols, observe social distancing and the compulsory wearing of face masks to stop the spread of COVID-19.

The Deputy General Manager of the company, Mr Korimilli V S N Murthy on behalf of the company, thanked the Government and the Ghana Health Service for their support during the difficult times.