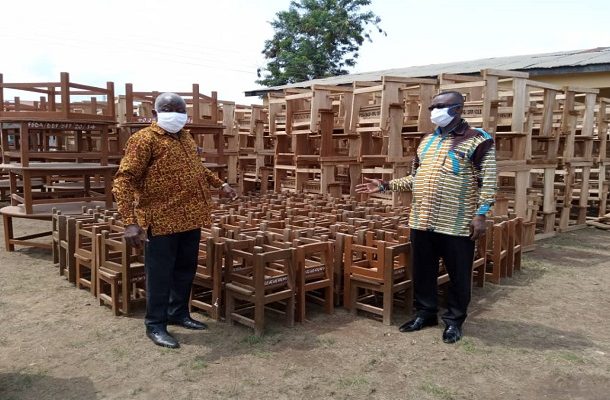 The District Chief Executive (DCE) for Fanteakwa South in the Eastern Region, Adjabeng Ntori, has presented school desks to the Osino Education Directorate.

At a ceremony to present the materials, Mr. Ntori said the donation formed part of the President's vision in the quest to ensure better education in the country.

“Education has been the aim of the Nana Addo-led government because the progress of every country depends on education. If you could realize, he has initiated a lot of intervention programs for schools to attract everyone. Under President Kufuor, we had a capitation grant and school feeding and in Nana Addo’s administration there is free SHS,” he said.

He disclosed that 120 pieces of chairs and tables have been donated to the kindergarten whereas 406 mono desks were presented to both primary and Junior High Schools.

He said 1,000 school uniforms have been given to the education directorate for disbursement.

The Assembly also presented 50 boxes of hand sanitisers to the directorate to ensure coronavirus safety protocols are observed in schools.

Giving an overview of what he’s been able to achieve during his term, he said, “After assuming office, we’ve been able to contract buildings for schools within two years” adding that “about five classroom blocks have been built for the Junior High Schools and provided them with desks”

Touching on some challenges confronting schools in the area, he said some buildings are in its deplorable state.

Mr. Ntori promised to do more when he is given the mandate in President Akufo-Addo second term.

The District Education Director who received the items expressed gratitude to the ruling government for the kind gesture. 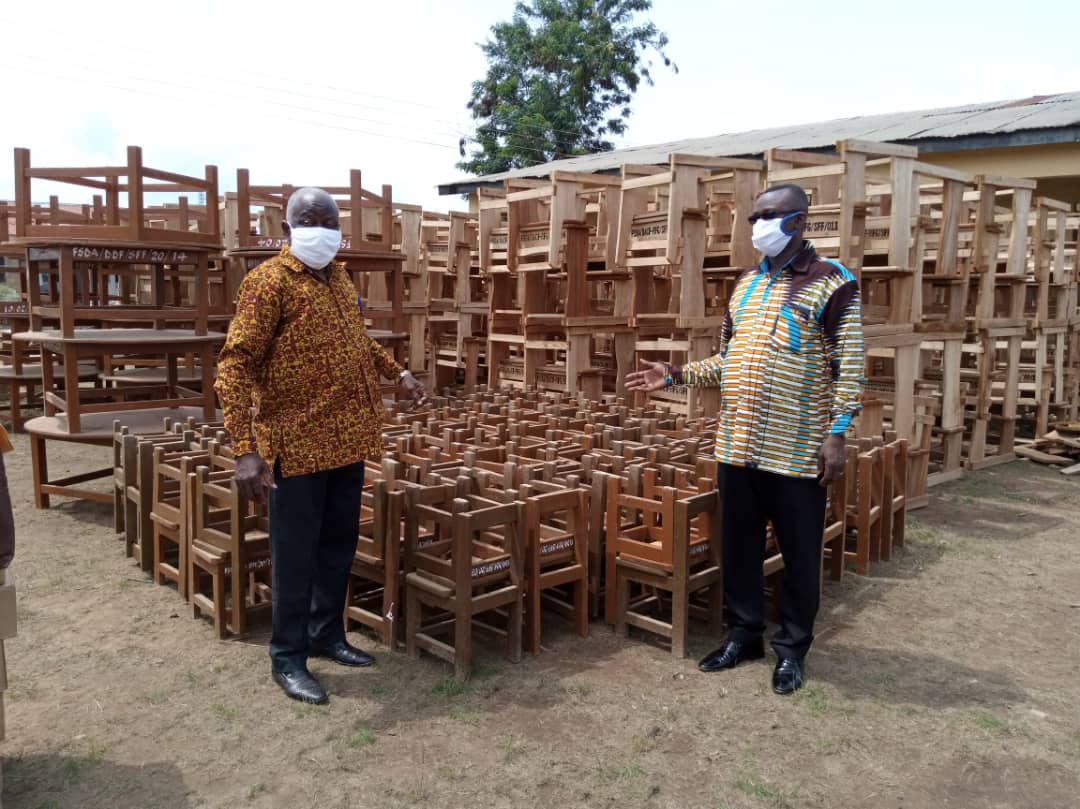 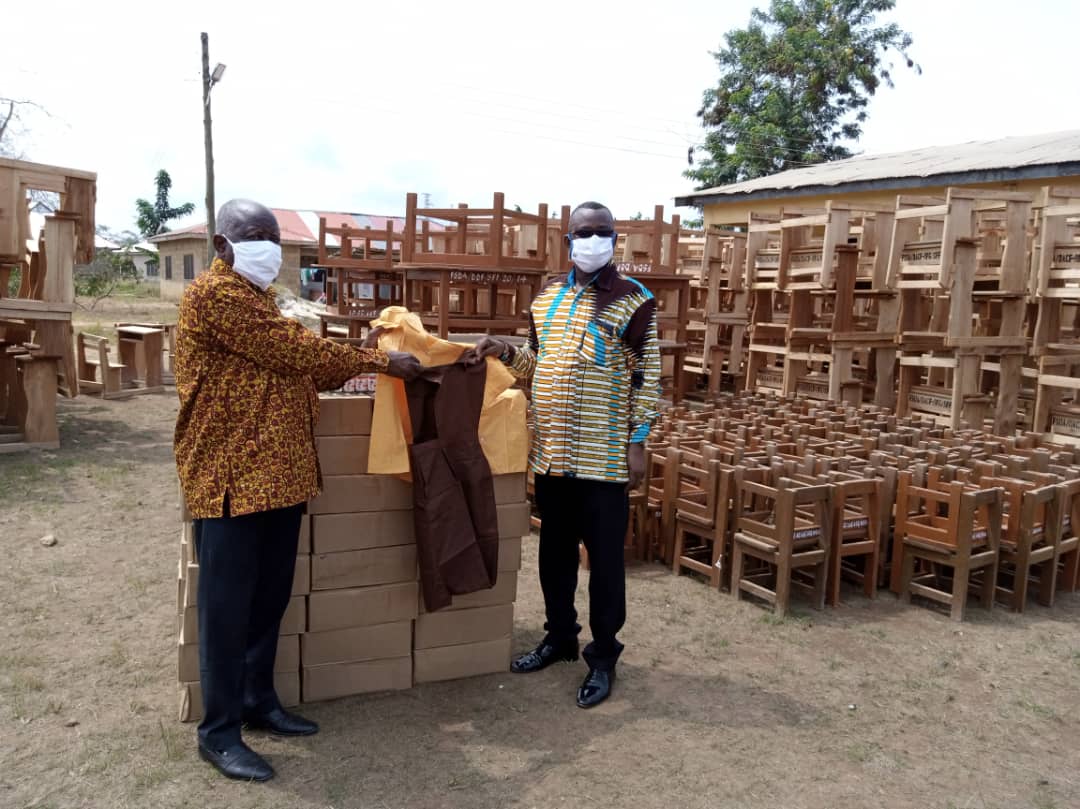 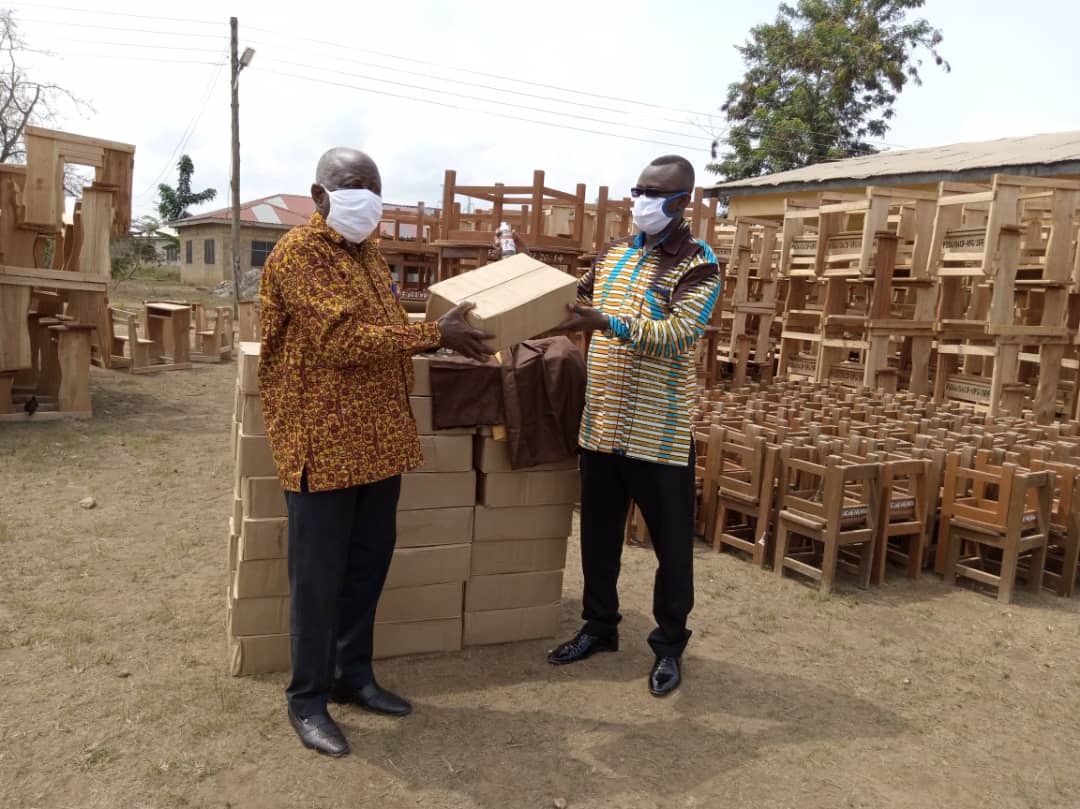