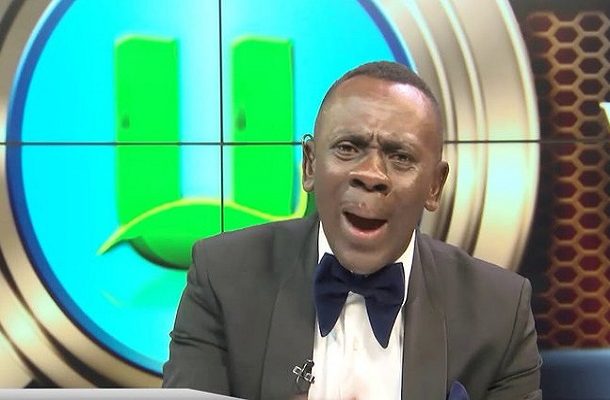 Akrobeto won over Shatta Wale, Stonebwoy, McBrown and many others

A famous Ghanaian actor who is domiciled in Akan-speaking movies,  Akwasi Boadi a.k.a Akrobeto, has emerged the overall Entertainment Personality of the Year at the maiden edition of the Entertainment Achievement Awards.

He is one of the few Kumawood actors who have stayed relevant in spite of the lull in the movie circles.

His show on UTV, the ‘Real News’, is one that has been widely accepted.

What makes Akrobeto quite unique from his peers is the spontaneity with which he tackles his acts.

Last year was an incredible year for the Ghanaian comedian/actor, having been featured prominently in the international sports media.

The 58-year-old got attention from Bundesliga club, Bayer Leverkusen, Chelsea captain Cesar Azpilicueta and a host of other television platforms in Spain culled his work.

Other winners were; Peace Adzo, Best Author of the year, and Clemento Suarez, who won the comic actor of the year award.

The legendary Agya Koo Nimo was given an honorary award.

The awards event was held to celebrate entertainers and entertainment industry players who have distinguished themselves in the practice of their art throughout last year, 2020.

There were performances from Okyeame Kwame, Tulenkey, Kweku Flick, Kofi Jamar, and Abiana.

Other musical talents such as Camidoh, Irene Logan, Legon Palmwine Band and Poetra Asantewaa swept the audience off their feet.

The hosts for the event were AJ Sarpong and Kwaku David of Citi FM and Citi TV.