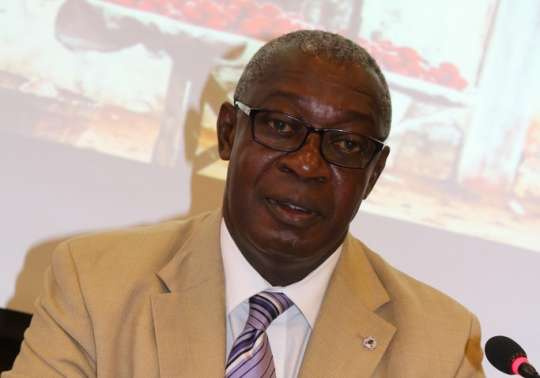 A former Director-General of the Ghana Health Service, Professor Agyeman Badu Akosa, has raised concern about the rate at which recent lifestyle and eating habits are leading to the premature deaths of a lot of the Ghanaian working class.

He has consequently urged Ghanaians to go back to their former ways of eating local foods and vegetables and exercise regularly to reduce the increasing number of people under 60 years who are dying at an alarming rate due to non-communicable diseases (NCDs).

It was on the theme: “Establishing Preventive Focus for Health: Lifestyles for National Development”.

Prof. Akosa said recent research on autopsied population report in the United Kingdom (UK) and Ghana indicated that nine per cent of people who died in the UK were under 60 years, while those who died in Ghana under 60 were 80 per cent.

The pathologist explained that the under 60 deaths in the UK were mostly due to road accidents and personal tragedies and not illness, but in Ghana it was due to poor lifestyles and the consumption of bad foods, leading to NCDs.

President Nana Addo Dankwa Akufo-Addo, during the State of the Nation Address to Parliament last week, called on citizens to change their lifestyles in view of the rising spate of NCDs.

He said although the country had made progress in eradicating the communicable diseases that used to be the main causes of mortality, “we are in danger of falling into the lifestyle disease trap.”

The President added: “Too many of us are overweight, and obesity is an increasing problem, even among young people.”

He added: “The foods we eat, the mode of cooking, and the lack of exercise are all now having a great impression on our health. It is time we all learn to take responsibility for our individual health and accept that our health is very much determined by our lifestyle”.

Prof. Akosa noted that Ghanaians were experiencing a high prevalence of hypertension, diabetes, cancers, kidney diseases and yet the country was not ready to create a system where a life-cycle approach was the norm.

He expressed concern about the recent situation where children of very tender ages, who should play and have fun to develop their system, we're introduced to a rigorous education system that did not allow them to have enough sleep and playtime.

He said most beverages contained more than the recommended sugar content, greater than the stipulated 22.5 per percentage of energy requirement.

Touching on fruit juices, he said, consuming them was not the same as drinking fresh fruit juices, adding that “if it was a smoothie, that would be fine because it contained all the fibre but the packaged fruit juices lacked all the advantages of the fibre.”

Prof. Akosa stressed the importance of a rigorous 30-minute a day exercise regime which would help the body find its own way of correcting a lot of the problems that came with poor lifestyle.

He observed that Ghanaians were preventing themselves from exercising due to infrastructural defects, lack of walkways, and where there were walkways, they either had dangerous holes or were used by people to display their wares for sale.

The pathologist also advised Ghanaians to return to habits of reading, playing games such as ludo, ‘oware’, snakes and ladders, chess, draughts and the likes because they were mental exercises.

Non-communicable diseases are responsible for 43 per cent of all deaths in the country, leading the Ministry of Health to launch the Ghana Advocacy Agenda for People Living with NCDs on May 21, 2019.

The Advocacy Agenda serves to strengthen response to NCDs at the national, regional and local levels in the country.

It is a compass for civil society and people living with NCDs to demand action from decision-makers, urge them to meet commitments and put the people first.

The GHS lists conditions such as hypertension, stroke and diabetes as conditions that affect both the young and old, urban and rural, and wealthy and poor communities.

It estimates that up to 48 per cent of Ghanaian adults have hypertension and nine per cent have diabetes.