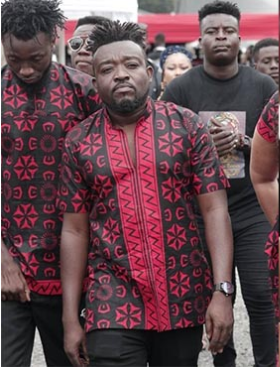 Manager of deceased Dancehall artiste, Ebony Reigns has eulogized the singer, describing her as a staunch Christian.

According to Ricky “Bullet” Nana Agyeman, contrary to popular belief, Ebony was a committed Christian who occasionally had prayer sessions with prophets and Christian leaders.

“Contrary to the reports widely circulated and the unfounded perception that Ebony was untrained and from a nonreligious background, Ebony was the exact opposite. Ebony was a Christian and indeed worshiped anytime she had the opportunity at the Golden Centre church in Madina.

“She was prayerful and had prayer sessions with a number of pastors, prophets and Christian leaders. Ebony was kind, respectful and a philanthropist. She occasionally went to orphanages to donate.” Ebony died on February 8, 2018 along with two others in a car accident while returning from Sunyani in the Brong Ahafo region, where she had gone to visit her mother. Mother of the late artiste


The funeral of the late artiste is ongoing at the forecourt of the State House in Accra.

The ceremony comes on the back of a concert which was held at the Trade Fair Centre on Friday night in honour of the starlet.

Hundreds of friends, colleagues and fans are at the State House to bid farewell to the deceased starlet.

More sympathizers are already trooping to the funeral grounds to mourn and pay their last respects to the “Sponsor” and “Hustle” hitmaker.