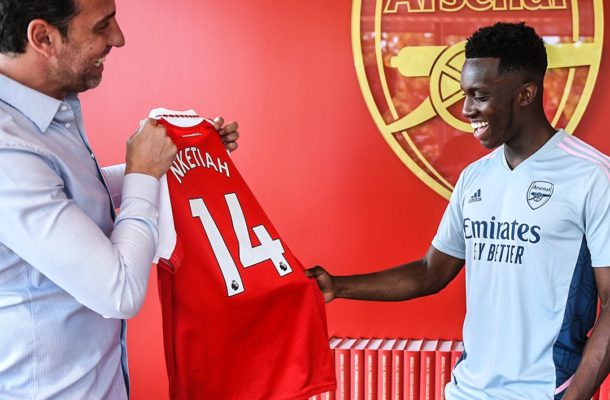 Technical Director of Arsenal, Edu says that striker Eddie Nketiah has the attitude and ability to become a top player.

The Ghana target Eddie Nketiah has signed a new five year contract extension with English giants Arsenal ahead of the new season.

Technical Director Edu, added: “The foundations of this squad are built on young talent and in particular those who have come through our Academy system. Eddie was released by another club as a young man but has always shown he has the attitude as well as the ability to become a top player. The fact he’s signed a new contract is an important part of our squad planning for next season and we’re all delighted.”