Eddie Nketiah represents all the values of the club - Mikel Arteta 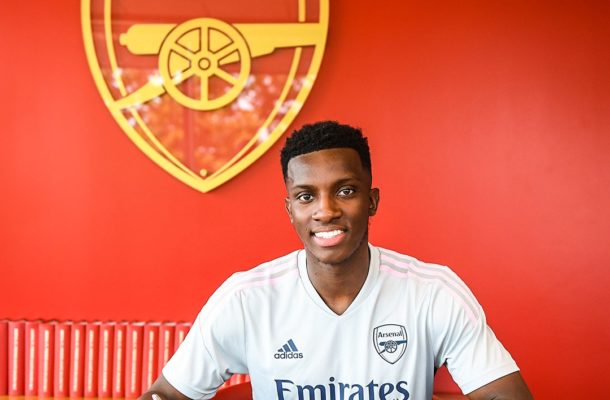 Arsenal manager Mikel Arteta says that he is excited that the striker has signed a new contract extension with the club.

He added that he  represents the values of the club and that they must get to work and continue to develop his talents.

Manager Mikel Arteta, said: “I’m delighted Eddie is staying with us. He represents what we are all about and all the values of the club. We are very happy that he has extended his contract and now we have to get to work and continue to develop the great talent and person that we have in him.”