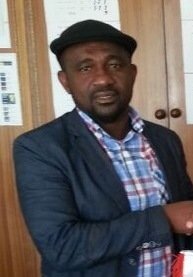 Vice president of New Edubiase, Alex Ackumey, has said the club’s management is doing everything within its power to avoid relegation in the 2015/2016 Ghana Premier League.

The Bekwai-based club has been shambolic all season, as they sit at the bottom of the league log with 21 points, with their fixture against in-form WAFA.

Speaking to Class Sports, Mr Ackumey was confident the club would avoid relegation despite their current position.
 
“You can see from the league table that this year has been a bad season for us. Sometimes in life, you can start poorly and end well. We hope that in the last seven matches, we can do better than what we have done previously in the last 23 matches,” he said.

He further debunked rumours that the club had been fixing games in the GPL. According to him, there is still hope of surviving the league.

“There is no evidence of that in the league; we are last but not out yet. Dwarfs were down and now have risen; no one wants to allow himself to be beaten. It is left with seven matches and a possible 21 points, so we will all fight,” he noted.