Edwin Gyimah: Ghana international to be investigated over alleged bust-up with coach 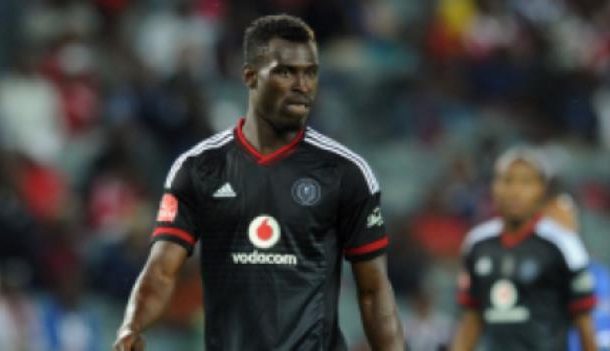 lack Stars defender, Edwin Gyimah is to be investigated by Orlando Pirates over a video film that has gone viral showing him charge at the coach of the club.

There are reports that Gyimah wasn't happy with his substitution on Tuesday against Ajax Cape Town and that might have led to the confrontation.

The administrative manager of Bucs has stated that the club will investigate the matter.

'We were made aware of an incident that took place at the airport. Obviously even from the visual when you look through the videoâ€š it's not particularly clear which individuals were involvedâ€š' Mbele told the Times Media

'So from where we are it's important that we get the factsâ€š from the technical team and also from the team securityâ€š just to be able to gather the facts and then be able to see where we would go from there.

'And obviously if we cannot get any joy we would involve the Airports Company of South Africa (Acsa) in Cape Townâ€š or the members of the SA Police Service there.

'Once we've collected the facts then we would be able to see how we proceed with the matter.

'And obviously the disappointing part is that we should be celebrating a victory, and now we are involved in this unfortunate incident.'