Edwin Gyimah: Ghanian defender vows 'to play it all out' to help Leopards avoid relegation 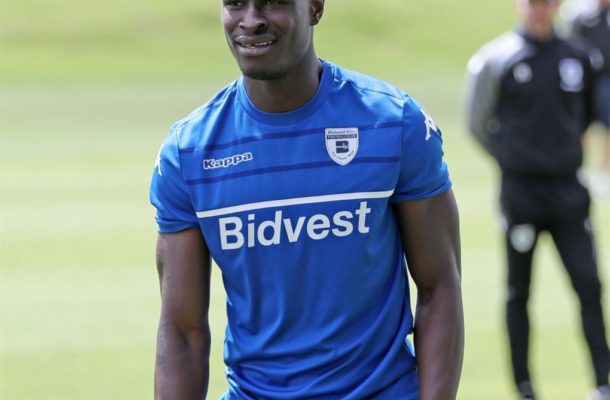 Ghanaian International Edwin Gyimah has vowed to "play it all out" for his team Black Leopards to stay in the ABSA Premiership.

The PLS side are in a "dangerous position" having amassed 17 points out of 18 matches.

The  25-year-old revealed he is determined to play through his current injury problem to help his team get out of the relegation zone.

Gyimah claimed the Man-of-the-Match award on Saturday for the vital role he played in the 1-1 draw against Absa Premiership leaders Kaizer Chiefs.

"It was a good game, the supporters came in their numbers, first of all, we have to thank the supporters, thank the almighty God, the management and the boss of the team for giving me this opportunity," he told SuperSport TV.

"I'm so happy, it's been a long time having this achievement so I'm so grateful. [The team] It is at the wrong end [of the table], we're trying our best, we're playing so well, it's up to us to defend well because we're conceding a lot, we need to be more focused at the back.

"Because our strikers are doing well, they are getting the chances, so us as defenders we need to make sure if we get a clean sheet and even if the strikers don't score, we'll have a point."

The Ghanaian is currently struggling with a knock but expressed his willingness to push through the pain to help Lidoda Duvha climb the standings.

"I don't have the excuse to sit down, I just have to play it all out because where we are is a dangerous position, so we need to soldier on."