Edwin Gyimah returns to Leopards in 1-0 defeat to Bidvest 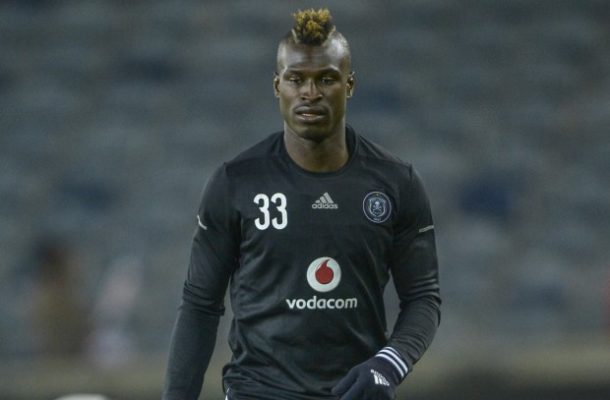 Ghanaian defender Edwin Gyimah made a welcome return to the starting eleven of Black Leopards FC in their 1-0 to defeat to Bidvest.

After missing the past weekend's clash due to suspension, Gyimah's return was expected to solidify what was a shaky defensive display away to Baroka.

After a goalless draw with Chippa United, Wits made three changes in Thabang Monare, Kgaogelo Sekgota and Eva Nga, while Leopards were boosted by the return of Edwin Gyimah from suspension.

They showed all the fight necessary of a last-placed team attempting to attack Bidvest Wits for the three points at Bidvest Stadium on Tuesday night, but it was the Clever Boys’ experience that told with a 1-0 Absa Premiership win.

The Clever Boys regrouped and took the lead 10 minutes later after Terrence Dzvukamanja got on the end of Hotto’s left-footed cross to head into the far corner for his third league goal of the campaign.

The match was a rescheduled fixture after their meeting at the same venue last month was called off due to inclement weather.

Wits had gone three league matches without a win after they were held 0-0 at home by Chippa United on Saturday. The Clever Boys had claimed just 15 points from 10 home matches so far this season.