Efya named among 100 most powerful women in Africa 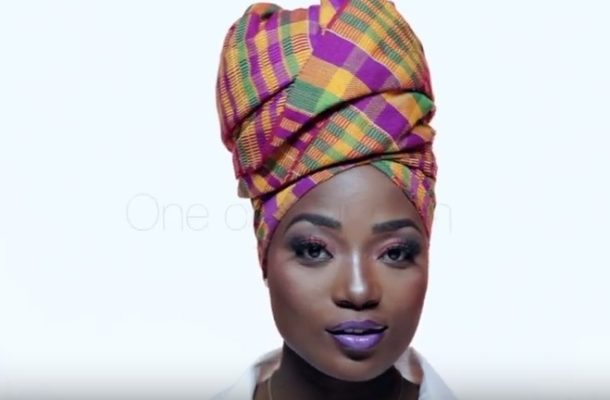 Award winning Ghanaian songstress, Efya, has been named among the list of 100 most powerful and influential women in Africa by OkayAfrica.

Born Jane Fara Fauzzier Afia Boafowaa Yahaya Awindor, the talented singer was the only Ghanaian female to make it to the list.

The list which spans from women in STEM; literature; TV and film; sports and wellness; style and beauty; media; music; business and economics; politics and activism; and art is celebrating extraordinary women from Africa and the diaspora making waves across a wide array of industries, while driving positive impact in their communities and the world at large.

According to OkayAfrica, each of the honorees are selected based on achievement, impact and influence within their industries and communities within the last year.

Efya who has been on the Ghanaian music scene for close to a decade made it to the list for her role in the music industry in Africa.

Read OkayAfrica’s  profile of Efya below:

The daughter of two filmmakers, Efya Fara Fauzziea Awindor, known mononymously as Efya, has acting in her blood. If you ask the Ghanaian beauty what she does for a living she’ll tell you she’s an artist, a creative, and an actress. Still, it’s the sound she’s perfected as a singer and songwriter over the past eight years that have cemented her starpower. It has also garnered her awards like the City People Entertainment Award for Ghana Musician of the Year (Female) and Nollywood Movie Award for Best Music Soundtrack for “Flower Girl” in 2014, along with the Nigeria Entertainment Award for African Female Artist of the Year (Non Nigerian) in 2016.

Efya has studied it all—theatre, music and psychology at the University of Ghana, and film direction and editing at the National Film Television Institute. Influenced by jazz, soul and contemporary African sounds, she finds joy in connection and bringing people around the world together through her music; one of the reasons she has aspired to be a global artist.

Charity work has been another way she’s connected to the world. Following the example of her mother, who she describes as the definition of a powerful woman, “strong, dedicated to the cause, disciplined, focused, unintimidated,” Efya stayed dedicated to the cause of providing essential items like food and clothing to orphans in Ghana as an ambassador for AWAL’s Children of the Future Foundation. At the moment, she has her sights set on the empowerment of women, using her global platform to raise awareness for the issues close to her heart, and of course her upcoming album through Wizkid’s Starboy Entertainment. The only thing missing, is a name. “Still brainstorming titles,” Efya tells us. Music is ready though.” As are we.