Egypt court sentences seven to hang for shooting officer in 2013 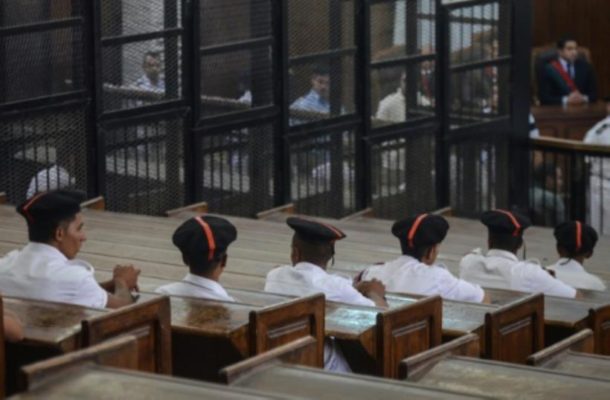 An Egyptian court on Saturday sentenced seven men to hang for killing a police general in the unrest following the 2013 military overthrow of Islamist president Mohamed Morsi.

It was the defendants' second trial, after having won an appeal against an initial sentencing. They can appeal one last time.

General Nabil Farag was shot dead in September 2013 when police raided the village of Kerdassa near Cairo where Morsi's supporters had holed up more than two months after his overthrow.

Farag died from a single 9mm bullet to the chest.

The Cairo court sentenced five other defendants to 10 years in prison and acquitted another one.

Morsi's ouster, after a year in power, unleashed a crackdown on his supporters that saw hundreds killed and thousands detained.

Mobs retaliated by attacking policemen and Christian properties. More than 10 policemen were killed in Kerdassa.

Courts have since sentenced hundreds to death over the violence, but many, including the now-detained Morsi, have won retrials.

Seven death sentences have been carried out, including for six men convicted of carrying out attacks for an Al-Qaeda-inspired militant organisation that later pledged allegiance to the Islamic State group.