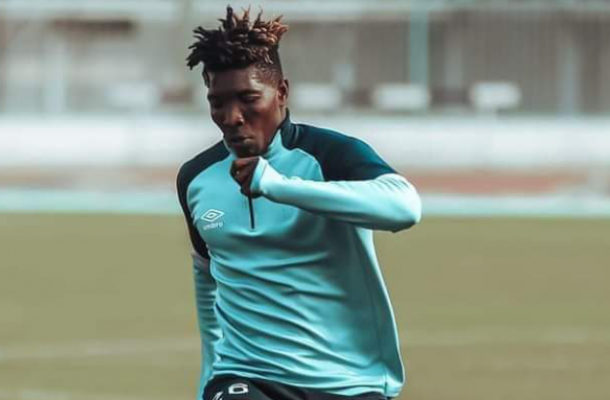 Former Hearts of Oak midfielder Benjamin Afutu Kotey has been cut loose by  his Egyptian side Eastern Company SC barely  nine months after joining the club.

The Ghanaian defensive midfielder joined the Egyptian side on a free transfer after departing  Accra Hearts of Oak  after they  failed to reach terms on contract extension.

Eastern Company SC have decided  to terminate  their  contract with the defensive midfielder due to what they term as unsatisfactory performance.

He joined his new side in Spetember, 2021 and at the  time signed a three year deal but just nine months into the contract, it has been terminated.

The player after his abortive spell in  Egypt has returned home where he hopes  to take  the next  line of  action in the coming days.

His side are currently rock  bottom f the Egyptian  Premier League after  20 matches having  garnered 13 points.

The Ghanaian midfielder has been on the periphery of the first team having played just eight matches with  a grand total of 426 minutes for his club in the Egyptian league.

Afutu  helped Accra Hearts of Oak win  the league and  MTN FA Cup  double last season  before deciding to leave the club after the expiration of his contract.