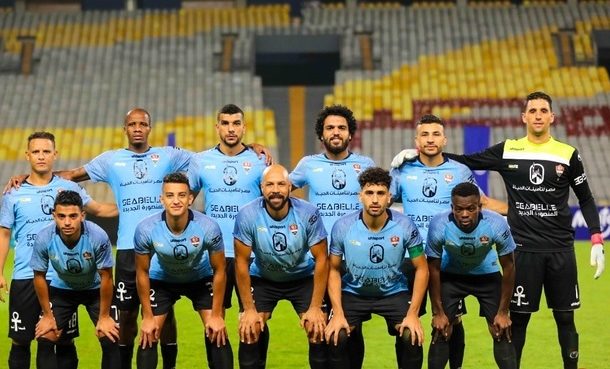 Egyptian side Ghazl El Mahallah Sporting Club made its Initial Public Offering (IPO) on the Cairo Stock Exchange on Sunday, June 12, becoming the first soccer club to get listed on the Egyptian stock market and in Africa as a whole.
The IPO, which is the first of its kind in Egypt and the Middle East & North Africa (MENA) region, is expected to increase the capital of Ghazl El Mahallah Football Company from EGP98 to 200 million.

The IPO, which was led by  Prime Capital, will increase the capital of Ghazl El Mahallah Football Company from EGP98 million (US$5.19 million) to EGP200 million (US$10.69 million), once all the 98,000 new shares are sold at an IPO price of EGP1.02 each (with 1,000 shares minimum and two million maximum subscription requirements).

Ghazl El Mahallah Sporting Club was founded in 1936 in El Mahalla El-Kubra (about 118 km north of Cairo). The club has a large fan base and is one of the six Egyptian soccer giants to have won the national championship.

However, its commercial entity, Ghazl El Mahallah Football Company was established in January 2021. It is the first Egyptian joint-stock company specialized in the soccer business.

It was previously majority-owned by the textile giant Misr Spinning and Weaving Company Al-Mahalla. Its capital was increased by EGP37 million in December 2021, in a private placement involving Egyptian and Arab investors.
In 2011, Ghanaian giants Accra Hearts of Oak floated 20,000,000 shares as Initial Public Offer (IPO) out of the 100,000,000 ordinary shares but the club has since not been listed on the Ghana Stock Exchange.