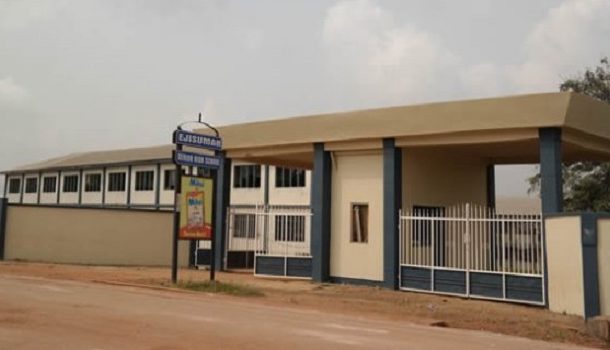 Four teachers of Ejisuman Senior High School in the Ashanti region have been sacked and four others transferred over sexual misconduct.

A committee set up to investigate sexual advances towards female students in the school recommended their dismissal.

“Management accepts the recommendation that the following teachers should be transferred from the school: a) Sampene Badu Frank b) Baba Sandow c) Henry K Agyeman Ahmed d) Isaac Boafo,” a letter dated June 14, 2018 to the Regional Director of the Ghana Education Service, Ashanti region said.

The four have been directed to “sign bonds to be of good behaviour during the period of their employment with the Service.”

It stated: “Management directs that the appointment of the following staff should be terminated a) Moses Asmah b) Isaac Amponsah.”

Two others, according to the letter, have also had their appointments terminated over their conduct. They are Messrs Murphy Osei and Andrew Adu-Asabere.

It reminded teachers to be mindful of their responsibilities as caretakers and desist from harassing female students.

“Management endorses the report in principle and reiterates that “the education of children of the country has largely been entrusted into the hands of the Ghana Education Service. This places members of the Service whatever, their role in a special position of responsibility which requires exceptionally high standards of behavior and conduct,” the letter stressed.

It added: “It is the expectation of Management that staff of the Service whatever their role will live beyond reproach, especially in their relationships with their students and colleagues.”