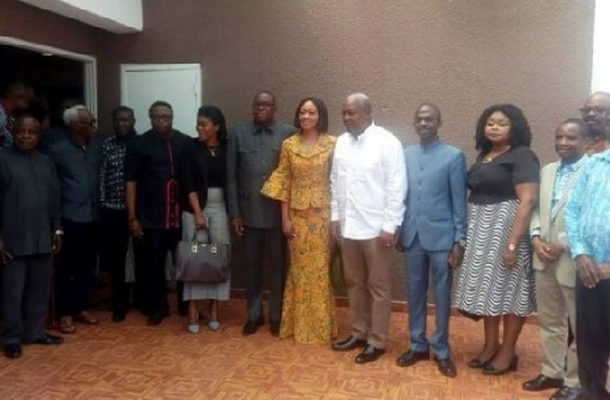 Dr. Lawrence writes:
I don’t know the kind of intelligence the NDC is using to go into election 2020, but to me so far, they are failing Ghanaians. Our intelligence failed at Ayawaso West and on Friday, it failed again at Tarkwa Nsuaem.

The NDC has always played the catch-up, and before they realized, the election was over and the EC has announced the winner. Sorry, if this write-up is hard on the leadership of the NDC. I feel if some of us don’t say it, Ayawaso, which repeated itself at Tarkwa Nsuaem will show up again on December 07 but pulling out from any constituency elections will not be an option. The grassroots will take over.

Why is the leadership of the NDC thinking that the December elections will go smooth like the one in 2016? I am saying this because there was absolutely no protection for the people who were going to vote against the MCE. *Didn’t the NDC leadership in Tarkwa Nsuaem and above know that the morning was going to go the way it went?* Do we have weak intelligence on the ground at the Contituencies and Municipalities?

I personally think the Tarkwa Nsuaem elections was one election NDC should have flexed its muscles towards election 2020. We should let Ghanaians know that we are ready to take power from the NPP and run the country better. If we allow them to beat us on the intelligence side, we will be fighting a lost battle because we should not expect that Nana Addo and Jean Mensah will run a free and fair elections in December.

The leadership of NDC from bottom to top should be vigilant oooooo tom. Elections are won on the ground and they should resource the grassroots and get the necessary intelligence for the battle ahead. I am aware some parliamentary candidates are struggling with resources to even do a door-door campaign in the COVID-19 style. I am happy with the way the party is monitoring the EC but in Ghana, the EC is not everything. Even the police can do more harm in election 2020 than the EC. Just look at how the *police* was used at Tarkwa Nsuaem.

Events at Ayawaso and Tarkwa Nsuaem should tell every NDC member that election 2020 is not going to be a normal one. We should spend and do whatever it will take to protect our voters from the police intimidation and from EC machinations. Once we are able to take care of these two institutions, the NPP will be a small fish.

We can achieve that with good intelligence and constant vigilance. The leadership should not think the excitement on NDC platforms means we are wining. We need to go beyond the politics on WhatsApp platforms. I am just a messenger.