Election prediction by pastors is a recipe for disaster – Dr. Boadi Nyamekye 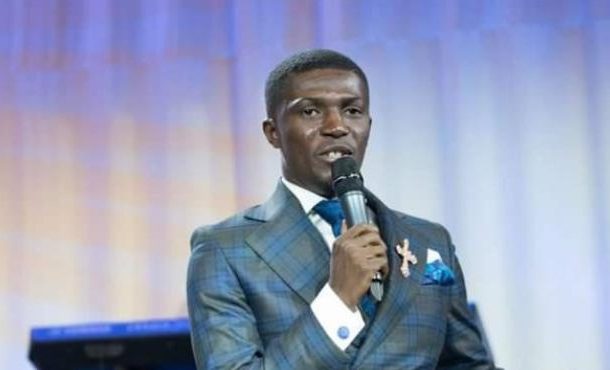 According to the spiritual leader, the prediction of elections are gradually becoming a norm by some church leaders, stressing that the situation if not checked, could lead to public disorder.

“But if you are to go by the social barometer for judging good character, then you will say it is not so well, it is not so good and it is not a good character. Why so because apparently, you are brewing tension as well. Reason being that if somebody is declared as the winner by a prophet and the prophet has following and the following believe that what the prophet said is true and the EC also declares another person winner – if the prophet’s following are headstrong, they can start or foment trouble.

“So, as for public declaration as to whoever is going to win the election, I personally will not endorse it,” he noted Friday, September 31, 2016 while briefing journalists about the church’s upcoming international event dubbed ‘The Experience Conference 22016. ‘The Experience Conference is a program put together by The Maker’s House Chapel International to help develop and raise the spirituality of people and to bring them into an arena whereby they can experience the divine favour of God.

The event will kick start on October 9 and end on October 16, 2016 under the theme ‘The Wheels of Favour’ with Rev. Ampiah Kwofie and Rev. Eastwood Anaba appearing as guest speakers.

The Conference is preceded by a worship concert dubbed "My Heart Sings" which takes place at the church auditorium on Saturday, October 8.

Dr. Boadi Nyamekye commenting further on the issue charged spiritual leaders to refrain from predicting elections and instead pray for post-elections where there abound lots of troubles if God does not intervene.

“We should pray for post-elections because the person going to lead us will not necessarily take us out of our doom and gloom. What is going to take us into places of glory – whether it is President Mahama continuing his tenure or Akufo-Addo or Dr. Papa Kwesi Nduom coming … whoever is coming will need the right focus, the personality and resilience to lead the nation right. So, if you are a spiritual leader, pray that peace rein on our land,” he noted.