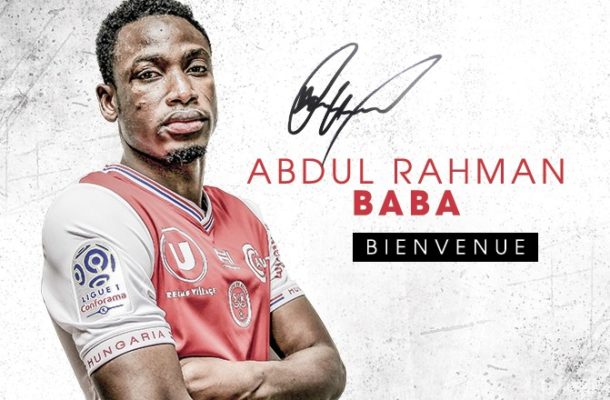 Baba joined the Les Rouge et Blanc from English giants Chelsea until the end of the season.

The 24-year-old opted to move to France as he wants to get more playing time to secure a place in Ghana's squad for the next African Cup of Nations.

“He can be a top player, have played the biggest competitions and show elegance: this is clearly the case of Abdul Rahman Baba” Lacour told his club’s official website.

“Beyond the impressive pedigree of Baba, I do not even need to mention, I was charmed by his simplicity and willingness to blend quickly into the club,”

“We must also salute the attitude of the Chelsea club which made this loan possible. The deal is win-win for everyone: for us it was to compensate for the injury of Ghislain Konan, for him is to get playing time and a chance to play at the AFCON at the end of the season,” he added.